This workshop is designed to explore, develop and refine the therapeutic orientations and practical techniques that appear to enhance the probability of safety and efficacy in clinical research studies with psilocybin. Attention will be focused both on how effective experiential knowledge may be cultivated as well as on theoretical frameworks and practical issues in the implementation of current and future projects of research. 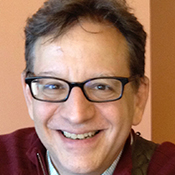 Jeffrey Guss, M.D., is a psychiatrist, psychoanalyst, and researcher with specializations in psychoanalytic therapy and the treatment of substance use disorders. He served as Co-Principal Investigator and Director of Therapist Training for the NYU School of Medicine’s study on psilocybin-assisted psychotherapy in the treatment of cancer related existential distress and is a co-author of “Rapid and sustained symptom reduction following psilocybin treatment for anxiety and depression in patients with life-threatening cancer: a randomized controlled trial” which was published in the Journal of Psychopharmacology, December 2016.

Dr. Guss is interested in the integration of psychedelic therapies with contemporary psychoanalytic theory and the development of psychotherapy platforms for psilocybin-assisted therapy for depression and Obsessive-Compulsive Disorder and has published in Studies in Gender and Sexuality and Psychoanalysis, Culture and Society. He is an Instructor and Mentor with the California Institute of Integral Studies’ Center for Psychedelic Therapies and on the board of the Center for Optimal Living’s Psychedelic Program: Education and Continuing Care.

He maintains a private practice in New York City. 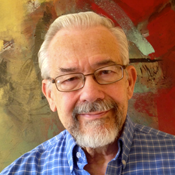 William A. Richards (Bill), S.T.M., Ph.D., is a psychologist in the Psychiatry Department of the Johns Hopkins University School of Medicine, where he and his colleagues have been pursuing research with psilocybin for the past 16 years, and also a clinician in private practice in Baltimore. His graduate degrees include M.Div. from Yale Divinity School, S.T.M. from Andover-Newton Theological School, and Ph.D. from Catholic University, as well as studies with Abraham Maslow at Brandeis University and with Hanscarl Leuner at Georg-August University in Göttingen, Germany, where his involvement with psychedelic research originated in 1963. From 1967 to 1977, he pursued psychotherapy research with LSD, DPT, MDA, and psilocybin at the Maryland Psychiatric Research Center, including protocols designed to investigate the promise of psychedelic substances in the treatment of alcoholism, personality disorders, narcotic addiction, and the psychological distress associated with terminal cancer, and also their educational use in the training of religious and mental-health professionals.  From 1977-1981, he was a member of the psychology faculty of Antioch University in Maryland.  His publications began in 1966 with “Implications of LSD and Experimental Mysticism,” coauthored with Walter Pahnke.  His book, Sacred Knowledge:  Psychedelics and Religious Experiences has recently been released by Columbia University Press.