Buckminster Fuller said, “You never change things by fighting the existing reality. To change something, build a new model that makes the old model obsolete.”

Psychedelics are tools. Psychedelic experiences are personal events that can ​illuminate what in the culture hasn't been working and (often) how to change it. As soon as we stop being defensive, opportunities to expand the new model multiply. As restrictions on scientific and spiritual psychedelic​ use begin to fade, trends and breakthroughs fueled by these experiences are becoming important in science, education, the humanities, medicine, mental health, and religious experience. In this all-day workshop, we will present evidence that there is a future worth living in, and explore the psychedelic-informed steps already underway to create it. Areas we will cover include Multistate Theory, mind design, the Entheogen Reformation, “high” tech, cannabis as entheogen, the new underground, field research, the next generation of guides, Microdosing, and more.

We are moving from psychedelic science, to psychedelic culture, to broader culture and widespread acceptance. It will not be long before the idea of restricting psychedelic use will be as repugnant as slavery, sexual abuse, and child soldiers.

As we are bringing this about together, we will have ample discussion periods for your contributions.

James Fadiman, B.A. (Harvard) M.A., Ph.D. (Stanford), has held a variety of teaching, consulting, training, counseling and editorial positions. He has taught in psychology departments, design engineering and, for more than two decades, at the Institute of Transpersonal Psychology (now Sofia University) that he helped found. He has published textbooks, professional books, a self-help book, a 60's novel and a series of videos, Drugs: The Children Are Choosing, for National Public Television. His books have been published in 8 languages. He was featured in the 2010 National Geographic program, Explorer: Inside LSD and had three solo shows of his nature photography. He had his own consulting firm with clients from IBM to nursing schools to Foster’s Freeze.  He has lectured in the United States, Europe, Mexico, Japan and Australia. His most recent book is, The Psychedelic Explorer’s Guide: Safe, Therapeutic and Spiritual Journeys.

He is has been involved in research into spiritual, therapeutic, problem-solving and sub-perceptual uses of psychedelics. He has been called, “America's wisest and most respected authority on psychedelics and their use.” For the past five years, he has become a leading figure in microdose research and is now completing a series of studies spanning 15 countries on safe and effective uses. 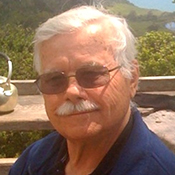 Thomas B. Roberts, Ph.D., taught the world’s first psychedelics course listed in a university catalog starting in 1981. In medicine, he is co-editor of the 2-volume Psychedelic Medicine: New Evidence for Hallucinogenic Substances as Treatments. In religion, he edited Spiritual Growth with Entheogens: Psychoactive Sacramentals and Personal Transformation and is a major contributor to J. H. Ellens’s Seeking the Sacred with Psychoactive Substances: Chemical Paths to Spirituality and God (2 volumes). In the humanities, he formulated Multistate Theory in The Psychedelic Future of the Mind: How Entheogens Are Enhancing Cognition, Boosting Intelligence, and Raising Values. Most recently, The Psychedelic Policy Quagmire: Health, Law, Freedom, and Society (co-edited) addresses the complex of issues across these fields, notably academic freedom. He is Professor Emeritus in the Honors Program and in Educational Psychology at Northern Illinois University. He originated the celebration of Bicycle Day.