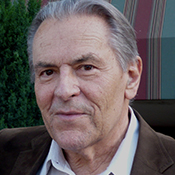 Since time immemorial, proclivity to unbridled violence and insatiable greed have been the principal elemental forces driving human history. In the course of the twentieth century, due to rapid technological progress, exponential growth of industrial production, massive population explosion, and particularly the development of weapons of mass destruction, these dangerous traits of human nature have engendered a global crisis and are becoming a threat to survival of life on our planet.

Diplomatic negotiations, administrative and legal measures, economic sanctions, and military interventions have had very little success; as a matter of fact, they have often produced more problems than they solved. It is becoming increasingly clear that the many symptoms of the current global crisis have one common denominator - the level of consciousness evolution of the human species. It is difficult to imagine a solution of the formidable problems we are facing without a consciousness revolution – a deep inner transformation of humanity on a large scale.

Fortunately, responsible use of psychedelic substances and other types of holotropic states of consciousness make such transformation possible. This work has revealed deep sources of violence and greed on deep levels of the unconscious – in the perinatal and transpersonal domains of the psyche – regions not accessible for verbal therapies and as yet unrecognized by mainstram psychiatry.

Full conscious experience and integration of traumatic material from these domains results in significant reduction of aggression and emergence of compassion, ecological awareness, a new hierarchy of values and life strategy, increased zest, and spirituality of a universal, non-denominational, and all-encompassing nature. If these changes could occur on a large enough scale, they would increase our chances of survival.

Stanislav Grof, M.D., is a psychiatrist with over sixty years of research experience in non-ordinary states of consciousness and one of the founders and chief theoreticians of transpersonal psychology. He was born in Prague, Czechoslovakia, where he also received his scientific training: an M.D. degree from the Charles University School of Medicine and a Ph.D. degree (Doctor of Philosophy in Medicine) from the Czechoslovakian Academy of Sciences.

Dr. Grof’s early research in the clinical uses of psychedelic substances was conducted at the Psychiatric Research Institute in Prague, where he was principal investigator of a program that systematically explored the heuristic and therapeutic potential of LSD and other psychedelic substances. In 1967 he was invited as Clinical and Research Fellow to the Johns Hopkins University and the Research Unit of Spring Grove Hospital in Baltimore, MD.

In 1969, he became Assistant Professor of Psychiatry at Johns Hopkins University and continued his research as Chief of Psychiatric Research at the Maryland Psychiatric Research Center in Catonsville, MD. In 1973 Dr. Grof was invited to the Esalen Institute in Big Sur, California, where he developed, with his late wife Christina Grof, Holotropic Breathwork, an innovative form of experiential psychotherapy that is now being used worldwide.

Dr. Grof is the founder of the International Transpersonal Association (ITA) and for several decades served as its president. In 1993 he received a Honorary Award from the Association for Transpersonal Psychology (ATP) for major contributions to and development of the field of transpersonal psychology, given at the occasion of the 25th Anniversary Convocation held in Asilomar, California. In 2007, he received the prestigious VISION 97 lifetime achievement award from the Foundation of Dagmar and Václav Havel in Prague, Czechoslovakia. In 2010, he received also the Thomas R. Verny Award from the Association for Pre- and Perinatal Psychology and Health (APPPAH) for his pivotal contributions to this field.

Among Dr. Grof’s publications are over 150 articles in professional journals and the books LSD: Gateway to the Numinous; Beyond the Brain; LSD Psychotherapy; The Cosmic Game; Psychology of the Future; The Ultimate Journey; When the Impossible Happens; Books of the Dead; Healing Our Deepest Wounds; Modern Consciousness Research and the Understanding of Art, The Stormy Search for the Self; Spiritual Emergency; and Holotropic Breathwork (the last three with Christina Grof). These books have been translated into twenty-three languages.