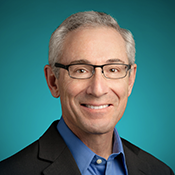 Thomas R. lnsel, M.D., a neuroscientist and psychiatrist, leads the Mental Health Team at Verily (formerly Google Life Sciences) in South San Francisco, CA. From 2002-2015, Dr. Insel served as Director of the National Institute of Mental Health (NIMH), the component of the National Institutes of Health (NIH) committed to research on mental disorders. In that role he also served as Chair of the Interagency Autism Coordinating Committee (IACC) as well as co-lead of the NIH BRAIN Initiative. Prior to serving as NIMH Director, Dr. lnsel was Professor of Psychiatry at Emory University where he was founding director of the Center for Behavioral Neuroscience and director of the Yerkes Regional Primate Center in Atlanta. Dr. Insel’s research has examined the neural basis of complex social behaviors, including maternal care and attachment. A member of the National Academy of Medicine, he has received numerous national and international awards and served in several leadership roles at NIH. 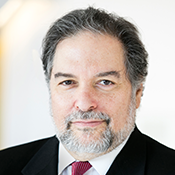 Paul Summergrad, M.D., is the Dr. Frances S. Arkin professor and chairman of the Department of Psychiatry and professor of medicine at Tufts University School of Medicine and psychiatrist-in-chief at Tufts Medical Center. Dr. Summergrad has served since 2005 as the founding chairman of the Tufts Medical Center Physicians Organization, a multi-specialty faculty medical group which he also served as interim president and chief executive officer from 2014-2016.  In 2014-15, Dr. Summergrad served as the 141st president of the American Psychiatric Association, and is a past president of the American Association of Chairs of Departments of Psychiatry. He is a member of the Tufts Medical Center and the Wellforce boards of trustees.

Dr. Summergrad served as chief of Inpatient Psychiatric Services at Massachusetts General Hospital from 1987-1998 and as associate professor of psychiatry at Harvard Medical School. He served as staff to the Partners Mental Health Strategic Planning Committee of the Partners Board of Trustees in 1996-97 and as network director of the Partners Psychiatry & Mental Health System from 1997-2004. From 2000-2002  he served as the executive vice president for medical affairs and chief medical officer of the North Shore Medical Center where he oversaw quality, physician integration and the physician group while also serving as chief of psychiatry. He was a member of the Partners Healthcare System Executive Committee from 2000-2004. He served in 2013-14 as the chair of the American Hospital Association Governing Council for psychiatric and substance abuse services. In 1999 Dr. Summergrad chaired the Harvard University Provost’s Committee on Student Mental Services and currently co-chairs the Tufts University Mental Health Task Force with the President of Tufts University.

An international leader in medical psychiatric illness and care, Dr. Summergrad’s research focuses on mood disorders, medical-psychiatric illness, and health system design. He has published extensively with over 100 peer review publications, books, book chapters and other communications. He serves on the editorial boards of Academic Psychiatry, Current Psychiatry and Personalized Medicine in Psychiatry and guest edited a special issue of Academic Psychiatry on strategic planning in academic departments of psychiatry. A sought-after speaker, educator and consultant, he has served as a visiting professor and has given invited lectures throughout the United States and internationally. He is a member of the Diagnostic and Statistical Manual 5 Steering Committee of the American Psychiatric Association and the Standing Committee on Nominations of the World Psychiatric Association. He chaired the work group of the APA board of the role of psychiatry in health care reform which commissioned the Milliman report on the total health care costs associated with psychiatric illness. He is a distinguished fellow of the American Psychiatric Association, and a fellow of the American College of Psychiatrists and of the American College of Physicians and has received numerous other awards and honors including Castle and Connolly’s America’s Top Doctors from 2011 to the present. Most recently he received the Distinguished Faculty Award from Tufts University School of Medicine.

Dr. Summergrad earned his medical degree from the School of Medicine at the State University of New York at Buffalo in 1978 where he was elected to Alpha Omega Alpha in his junior year. He completed his training in internal medicine at Boston City Hospital and Boston University School of Medicine and in psychiatry at Massachusetts General Hospital and Harvard Medical School, where he was chief resident and a clinical fellow in psychiatry. He is board certified in both Psychiatry and Internal Medicine. 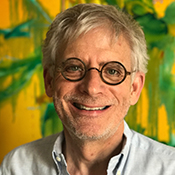 George Goldsmith has spent most of his life creating companies that help people work across the different boundaries that separate us as individuals and organizations. His early training and experience was a multi-disciplinary blending of cognitive psychology, clinical psychology and computer science.

He is co-founder and chairman of COMPASS Pathways – a health care company dedicated to accelerating patient access to evidence-based innovation in mental health and wellbeing. He is also chairman and founder of Tapestry Networks, an organization committed to improving leadership performance and governance effectiveness in regulated sectors.

Earlier in his career, his first company, The Human Interface Group – a pioneer in collaborative software – was acquired by Lotus Development. George led the Lotus Institute and created software and services to support high-performance, distributed teamwork. George then created TomorrowLab, which provided strategic guidance to internet businesses in the late 1990s. At the same time, he became a senior advisor to McKinsey & Company’s leadership. He eventually joined McKinsey as CEO of TomorrowLab@McKinsey. Subsequently, as a member of the Young Presidents Organization and its International Board of Directors, George founded YPO Networks. George lives in London with his wife and COMPASS co-founder, Ekaterina Malievskaia MD.