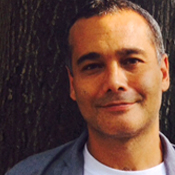 As the therapeutic use of sacred plants and fungi becomes increasingly accepted by Western medicine, a tug of war has been taking place between those who advocate the traditional consumption of whole organisms, and those who defend exclusively the utilization of purified compounds. The attempt to reduce organisms to single active principles is challenged by the sheer complexity of traditional medicine. Ayahuasca, for example, is a concoction of at least two plant species containing multiple psychoactive substances with complex interactions. Similarly, cannabis contains dozens of psychoactive substances whose specific combinations in different strains correspond to different types of therapeutic and cognitive effects. The “entourage effect", a term coined in 1998 by Ben-Shabat and Mechoulam, refers to the synergistic effects of the multiple compounds present in whole organisms, which may potentiate clinical efficacy while attenuating side effects. In opposition to this view, mainstream pharmacology is adamant about the need to use purified substances, presumably more specific and safe. In this talk I will review the evidence on both sides to discuss the scientific, economical and political implications of this controversy.

Sidarta Ribeiro, Ph.D., is Full Professor of Neuroscience and Director of the Brain Institute at the Universidade Federal do Rio Grande do Norte. He holds a Bachelor's degree in Biology from the Universidade de Brasília (1993), a Master's degree in Biophysics from the Universidade Federal do Rio de Janeiro (1994) and a Ph.D. in Animal Behavior from the Rockefeller University (2000), with post-doctoral studies in Neurophysiology at Duke University (2005). Has experience in neuroethology, molecular neurobiology, and systems neurophysiology, with an interest on the following subjects: memory, sleep, and dreams; neuronal plasticity; vocal communication; symbolic competence in non-human animals; drug policy and neuroeducation. From 2009-2011, served as Secretary of the Brazilian Society for Neuroscience and Behavior. From 2011-2015 he served as Chair of the Brazilian Regional Committee of the Pew Latin American Fellows Program in the Biomedical Sciences, and member of the Steering Committee of the Latin American School for Education, Cognitive and Neural Sciences (LA School). Senior research associate of the FAPESP Research Centre for Innovation and Diffusion in Neuromathematics. Member of the Advisory Board of the Brazilian Platform for Drug Policy. Sidarta Ribeiro is greatly interested in the study of the neural bases of consciousness and its alteration, including investigation of the ayahuasca experience. He is also involved in the public debate on the medicinal uses and the legalization of cannabis in Brazil.