What Do the Spirits Do? Towards an Understanding of the Psychological Mechanisms of Transformation
José Carlos Bouso, Ph.D.
Sunday, April 23, 2017 • 9:00 AM - 9:30 AM • Grand Ballroom
Continuing Education 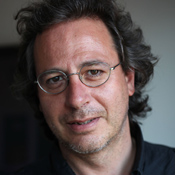 “Everybody has won, and all must have prizes.” This phrase from Alice in the Wonderland, applied to the context of psychotherapy research, is known as the Dodo bird verdict, and refers to the fact that all psychotherapies, independently of the specific components of which are made, produce similar results. Contemporary psychotherapy research is more focused on understanding the processes that may explain therapeutic change (investigation process), than in the comparative study of efficacy (outcomes research). One of the recent approaches that tries to understand the psychological processes underlying the therapeutic change is known as Acceptance and Commitment Therapy (ACT). The ACT is focused on enhancing psychological flexibility to achieve the fundamental values that each person considers important in his life. In this presentation I will show the results of different studies developed at ICEERS in which it have used the research tools of ACT to evaluate the variables that can explain the psychological changes in people using psychoactive plants with therapeutic intent. I will present results from people before and after taking ayahuasca for first time and after a one-year follow-up, results from people who have taken ibogaine for treating drug addiction, results from people who have extensive experience in the use of ayahuasca, and results from subjects who have participated in workshops of holotropic breath work.

José Carlos Bouso, Ph.D., is a psychologist and has a PhD in pharmacology. His areas of interest are psychopharmacology and the therapeutic properties of entactogens, psychedelics, and cannabis. He developed the first authorized clinical trial to study the therapeutic effects of MDMA (“ecstasy”) in the treatment of post-traumatic stress disorder in female victims of sexual assault. He has done neuroimaging and neuropsychiatric studies with long-term users of substances such as cannabis, cocaine, and ayahuasca, as well as studies of the acute effects of different natural and synthetic drugs. He participated in the regulation process of cannabis in Uruguay, giving educational and scientific conferences in different contexts and institutions there. He is the co-author of the book: Marihuana como medicina? Usos médicos y terapéuticos del cannabis y los cannabinoids [Marijuana as medicine? Medical and therapeutic uses of cannabis and cannabinoids]. He wrote the book Qué son las drogas de sínteis [What are synthetic drugs]. He was the editor of the books: Cannabis, LSD and Psilocybes, and co-editor, with B. C. Labate, of the book Ayahuasca y salud [Ayahuasca and health]. He has published in journals such as Psychopharmacology, Journal of Psychopharmacology, PLOS ONE, and European Neuropsychopharmacology. Currently, he is Director of Scientific Projects at the ICEERS Foundation, where he conducts studies on the therapeutic effects of ayahuasca, the medical properties of cannabis, and the potential anti-addictive benefits of ibogaine.