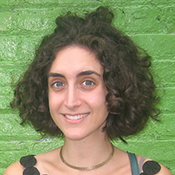 Do-it-yourself (DIY) mycology — also known as DIY mycology — is a movement that has emerged in the last decade in North America, concentrated in the Pacific Northwest and Northern California. DIY mycologists specialize in easy and accessible methods of mushroom cultivation and mycological experimentation. They draw primarily on home cultivation methods innovated by Psilocybe cultivators in the 1970s and on creative applications popularized by commercial mycologist and psychedelic enthusiast Paul Stamets in the 2000s. In loosely organized volunteer-run groups, occasionally working with local biohacker and maker communities, they promote a citizen science approach to applied mycology, focusing on informal education and grassroots ecological restoration (e.g., myco-remediation). Though their agenda is broad, their engagement with psilocybin-active species is one underlying commonality. Paraphrasing Stamets, for many, Psilocybe cubensis was their “gateway mushroom.” As a counterpoint to the newfound visibility and legitimacy of psilocybin, DIY mycology attests to the significant underground permeation of psychedelia in the last half-century, especially its influence on popular ideas about natural science, technology, and nonhuman life within North American countercultures. Drawing on ethnographic fieldwork in the San Francisco Bay Area and the Pacific Northwest, this lecture describes how DIY mycologists draw on the accumulated know-how of Psilocybe cultivators and elaborate philosophical and practical currents associated with American psychedelia. The human-fungal relationship epitomized by DIY mycology will be discussed as an intertwined interspecies trajectory. Shaped by the constraints of criminalization, by the unique morphology of fungi, and by countercultural and biocentric ethos, this relationship eludes typical modern categories (e.g., wild/domesticated, subject/object). Looking ahead, possibilities for further intertwining are explored as these and other beloved species co-evolve into our homes, labs, factories, gardens, and public spaces.

Joanna Steinhardt, M.A., Ph.D. Candidate, studies Anthropology at University of California Santa Barbara. She is also the recipient of a Master’s degree in Cultural Studies from Hebrew University in Jerusalem. Her Master’s thesis was on an American-Jewish mystical religious revival in Israel/Palestine. She is writing her dissertation on do-it-yourself (DIY) mycology based on field work in the San Francisco Bay Area and the Pacific Northwest. Her interests are in contemporary spirituality, secularity, popular and DIY science, and multispecies ethnography.