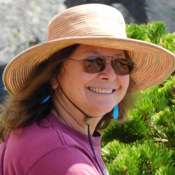 Peyote (Lophophora williamsii) is a psychoactive plant at the heart of religious beliefs and healing practices of certain indigenous cultures in Mexico and North America. Of the extant indigenous groups in Mexico and the United States, the Huichols have the longest history of continuous peyote use. Today, in the 21st century, peyote remains for many Huichols an extraordinary catalyst, a psychointegrator for individual growth and well-being. Members of The Native American Church also revere peyote as medicine. Practitioners learn to integrate their peyote experiences in life-transforming ways within a meaningful collective worldview. A brief overview of the history, botany, pharmacology and neurochemistry of peyote will provide the backdrop of Western, scientific research on this unassuming cactus. Huichol understanding and use of peyote through personal narratives, with some references to Native American Church Peyote Ways, will be presented to illustrate highly-evolved systems of holistic healing that have been informed through generations of experiential knowledge. The utilization of specific plants ingested with peyote will shed light on the depth of native botanical knowledge that is part of the pharmacopoeia of some indigenous specialists. Peyote and its eminent role in life cycle events will be highlighted through the voices of shamans, especially in regards to peyote, pregnancy, birth, and fertility. A discussion of the increasing scarcity of peyote and legal issues revolving around the plant will summarize current issues and concerns.

Stacy B. Schaefer, Ph.D., Professor Emerita in the Department of Anthropology, California State University, Chico, has been carrying out ethnographic field research among the Huichol Indians of Mexico since 1976. She is co-editor with Peter T. Furst, and contributor to the book People of the Peyote, Huichol Indian History, Religion and Survival, published in 1996 by the University of New Mexico Press. Dr. Schaefer also published the book To Think With a Good Heart: Huichol Women, Weavers and Shamans, University of Utah Press 2002, with a second edition of the book in 2015 titled Huichol Women, Weavers and Shamans in 2015 with the University of New Mexico Press. From 1991 to 1999 she was Assistant and then Associate professor at University of Texas Pan American along the Texas/Tamaulipas, Mexico border during which time she conducted extensive fieldwork research among federally licensed Mexican-American peyote dealers and members of the Native American Church (NAC). This work continued through 2015, culminating in Amada’s Blessings From the Peyote Gardens of South Texas, published in 2015 by the University of New Mexico Press. The book has received three literary awards.