Peyote as Medicine: An Examination of Therapeutic Factors that Contribute to Healing
Keeney Feeney, Ph.D.
Saturday April 22, 2017 • 10:00 AM - 10:30 AM • Jr. Ballroom •
Continuing Education 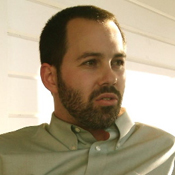 For thousands of years’ indigenous communities throughout the globe have recognized the therapeutic value of particular hallucinogenic plants. Peyote, a psychoactive cactus, is considered a medicine by many Native Americans, and has been hailed as a cure for alcoholism despite having no “scientifically” accepted medical use. The notion that hallucinogenic compounds may have therapeutic applications, however, is increasingly supported by scientific research. Despite the heavy focus of allopathic medicine on pharmacology, the therapeutic value of peyote must be understood in holistic terms. By uniting Gordon Claridge’s work on the Total Drug Effect with the work of Moerman and Jonas on the Meaning Response, and with Toksoz Karasu’s Agents of Therapeutic Change, a therapeutic model emerges that can explain how the symbolic, ritual, and community components of the peyote ceremony combine with peyote’s distinctive pharmacological properties to produce a unique and efficacious healing experience.

Kevin Feeney received his Ph.D. in Cultural Anthropology from Washington State University in 2016, and his law degree from the University of Oregon in 2005. He is currently a Lecturer at Central Washington University. Research interests include examining legal and regulatory issues surrounding the religious and cultural use of psychoactive substances, with an emphasis on peyote and ayahuasca, and exploring modern and traditional uses of Amanita muscaria, with a specific focus on preparation practices. His research has been published in the International Journal of Drug Policy, Journal of Psychoactive Drugs, and Curare, and he is co-author, with Richard Glen Boire, of Medical Marijuana Law (2007).