This panel will explore issues arising from two recently completed 12-month follow up studies on ibogaine treatment outcomes for opioid-dependent individuals in Mexico and New Zealand. With these studies providing evidence of sustained long-term positive treatment outcomes, the historical resistance to the use of ibogaine in the treatment of the addictions must be re-examined. This is particularly the case for ibogaine's psychoactive effects, and whether these should be viewed as a solely disturbing side effect or a significant element in addiction recovery for those experiencing them. The impact of legislation on best practice in treatment and the evolution of treatment guidelines is also examined, as concerns over ibogaine's safety remain. Ensuring safety with ibogaine is complicated as while its legal availability (e.g. in New Zealand and South Africa) may promote the greater involvement of medical professionals, this does not automatically translate into safer treatments. 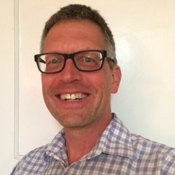 Thomas Kingsley Brown, Ph.D., began his education at the University of Pittsburgh where he earned a BS in Chemistry with a minor in Psychology. He then attended Caltech where he earned an MS in Chemistry while working in a neurobiology lab. His thesis topic was the structure and function of post-synaptic densities, specifically proteins involved in memory and learning. He later entered the PhD program in Anthropology at UCSD, focusing on psychological anthropology. His master’s thesis was a cross cultural phenomenological and brain-states comparison of shamanic and trance states. His doctoral thesis, “Spiritual Seekers and ‘Finding a Spiritual Home,’” detailed the life histories and religious practices of people who experienced mystical experiences and converted to Christian Spiritualism. In 2009 he started anthropological research on ibogaine treatment when he conducted interviews with patients at Pangea Biomedics in Playas de Tijuana, Mexico and collected data for the purpose of studying quality of life for those patients. Since 2010 he has been working with MAPS on a Mexico-based observational study of the long-term outcomes for people receiving ibogaine-assisted treatment for opioid dependence. That study is complete, and the first research article on the study has been submitted for publication. In 2013, he published a review article on ibogaine treatment in Current Drug Abuse Reviews. He has presented his research at numerous conferences, including anthropological meetings, the 2nd International Congress on Traditional Medicine and Public Health, and conferences of the Global Ibogaine Therapy Alliance. 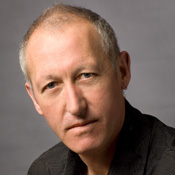 Geoff Noller, Ph.D., is an independent researcher focusing on substance use and drug policy analysis. A medical anthropologist, he graduated with a Ph.D. from the University of Otago's Department of Psychological Medicine in 2008. His thesis examined cannabis use in New Zealand as a cultural practise and from the perspective of drug policy. He has since established a research consultancy - Substance Use and Policy Analysis (SUPA) - specialising in psychotropic drug research. 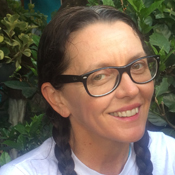