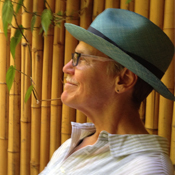 In the context of cannabis prohibition, it is not surprising that most medical marijuana advocates of the past 20 years have focused on the plant’s potential for physical symptom relief (managing nausea, chronic pain, and seizure disorder, for example) rather than its psychoactive properties. The assumption seems to be that to talk about the “high” would work against efforts to transform a stigmatized drug into a legal medicine. And apparently, the strategy has worked; there are now 25 states with medical marijuana laws. More recently, since 2012 when states first began legalizing adult “recreational” use of cannabis, the future of medical marijuana has been less clear. Some argue that medical market should simply be collapsed into the recreational one; others insist it should remain a separate sphere. In part, this argument is framed – once again – as a question of differential needs: patients, it is often argued, require cannabis with little or no psychoactive effects (high CBD strains), unlike recreational users who want to get high on THC. In other words, a familiar claim is made that there is a clear and useful distinction between medicine and re-creation, between treating and transforming. Making use of interviews with medical marijuana patients, however, I argue for both a more radical vision of medicine and for a reassessment of the differences between medical and recreational drugs.

Wendy Chapkis, Ph.D. is a Professor of Sociology and Women and Gender Studies at the University of Southern Maine. Her publications include three books, Dying to Get High: Marijuana as Medicine (co-authored with Richard J. Webb, New York University Press, 2008); Live Sex Acts: Women Performing Erotic Labor (Routledge, 1997); and Beauty Secrets: Women and the Politics of Appearance (South End Press, 1986). She is the author of numerous articles in the field of drug policy including “Terms of Surrender: marijuana legalization in the United States” (Contexts, 2015), “The Trouble with Mary Jane’s Gender: gender politics in the marijuana policy reform movement,” (Humboldt Journal of Social Relations 2013) and “Cannabis, Consciousness and Healing,” (Contemporary Justice Review 2007). Dr. Chapkis has served as the Vice-President of the national Society for the Study of Social Problems and was honored in 2016 as the recipient of the American Sociological Association’s Senior Scholar Award for work on alcohol, drugs and tobacco. She is currently studying marijuana legalization efforts in the state of Maine.