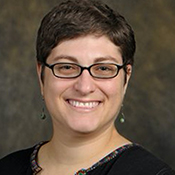 Ibogaine is a naturally occurring psychoactive substance extracted from a plant native to Central Africa called Tabernanthe iboga. Those who ingest this psychedelic substance experience a dream state while still awake and often have visions that can last up to 24 hours. For nearly a century, scientists and health professionals have examined the properties and therapeutic potential of ibogaine, including for drug treatment. In fact, ibogaine has become known as an “addiction interruptor” because of its ability to reduce or eliminate cravings for and withdrawal symptoms of opiates, alcohol, and other drugs after one dose. It is simultaneously used as a tool for self-reflection and introspection that allows one to better understand their addiction and the path out of it. Thus, ibogaine advocates argue that it works by addressing both the physical and psycho-spiritual dimensions of addiction, treating both its sources and its symptoms. But what does it actually mean that ibogaine “works”? This presentation analyzes this complicated question by investigating the claim of both ibogaine patients and providers that this substance is “effective” for treating drug addiction. Based on ongoing anthropological fieldwork involving interviews and participant observation at an ibogaine clinic in Baja California, Mexico, this presentation discusses the multiple factors that contribute to this claim as well as the difficulty of claiming “effectiveness” in the context of drug treatment, a field where the very definition of effectiveness is continuously contested and ever shifting. The goal of this presentation, therefore, is not to suggest that ibogaine is “ineffective” for drug treatment. Rather, it aims to illustrate that the way in which this psychedelic treatment “works” is perhaps more ambiguous and subjective than originally perceived.

Shana Harris, Ph.D., is a cultural and medical anthropologist whose research focuses on drug use and abuse, health politics and practice, and science, technology, and medicine in Latin America and the United States. Her research has focused on such topics as harm reduction in Argentina, opiate addiction treatment in the San Francisco Bay Area, and heroin injection and HIV/AIDS in Colombia. Her current research examines medical travel and the use of ibogaine for drug treatment in Mexico. She is currently an Assistant Professor in the Department of Anthropology at the University of Central Florida.