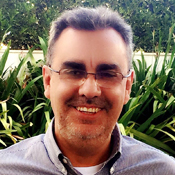 In this presentation we will show how we have been successfully working with ibogaine treatments in São Paulo, Brazil, for the last 23 years, without any significant collateral effects, and resulting in a long term (1 year) abstinence of around 70% of the patients treated for stimulant abuse. We will talk about the preparation of the patients to undergo the treatment and our protocol to the treatment itself, showing the results of a recently published observational study. We will also talk about the legal situation of ibogaine in Brazil and about recent developments in this field.

Bruno Rasmussen Chaves, M.D. is a medical doctor, general practitioner and gastroenterologist, who has been working with ibogaine for 20 years. He has done over a thousand treatments and is firmly intent on totally legalizing ibogaine treatments in Brazil. He is a co-founder and former director of GITA, the Global Ibogaine Therapists Alliance, and one of the authors of the paper “Treating Drug Dependence with the aid of Ibogaine: a retrospective study”, published in 2014. His work has influenced the recently published regulamentation of the hospitalar use of this medicine by São Paulo’s state government. Bruno is presently involved with a new clinical protocol on ibogaine long-term effects in cocaine and crack/cocaine addiction, including studies about its cardiac risks, and with other researches, such as PTSD treatment with MDMA.<