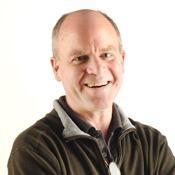 Ibogaine is a root bark alkaloid from the rainforest shrub Tabernanthe iboga. Over the past 50 years, it has been reported to ameliorate opioid withdrawal symptoms (OWS) and craving in opioid-dependent patients, based on lay reports and case series. At this meeting I will summarize some of my recent research with single doses of ibogaine and its active metabolite noribogaine to evaluate aspects of safety and efficacy. 1: Inhibiting activity of CYP2D6, the enzyme that coverts ibogaine to noribogaine, leads to doubling of combined (IBO+NIBO) blood concentrations in healthy volunteers (J Clin Pharmacol 2015, 55:680). 2: Single doses of noribogaine 60-180mg did not prevent onset or severity of OWS in opioid-dependent patients. Noribogaine prolonged QTc in a concentration-dependent manner (Clin Pharm Drug Devel 2016, DOI: 10.1002/cpdd.254). QTc prolongation is a risk factor for heart arrhythmias and death. Summary: Does it work? Single doses of noribogaine did not delay onset of or ameliorate OWS. It is possible that multiple doses might be needed to properly evaluate efficacy in opioid withdrawal. Is it safe? QTc prolongation is concentration-related. Dosing strategies giving repeated low doses every 2-3 hours could minimize Cmax and thus limit QTc changes in future studies. The profound effect of CYP2D6 inhibition on combined (IBO+NIBO) blood concentrations makes CYP2D6 geno-/phenotyping essential prior to ibogaine dosing.

Paul Glue, M.D., FRC Psych, is Department Chair and Hazel Buckland Professor in Psychological Medicine at the Dunedin School of Medicine, University of Otago, New Zealand. After graduating from Otago Medical School in 1980, he received psychiatry training in Auckland and in Oxford UK, and obtained MRCPsych in 1986. He was elected to FRCPsych in 2010. In 1987 he moved to the US National Institutes of Health for preclinical neuroscience research and completed an MD in clinical psychopharmacology at the University of Bristol, UK in 1992. He was involved with translational clinical pharmacology research in the pharmaceutical industry for 18 years. He has published over 360 papers and abstracts, has 11 patents and several international research awards/prizes. He has broad interests in pharmacology, clinical trial design and statistics (e.g. trial simulation, adaptive trial designs). His research interests include development of novel therapeutics, and treatment of mood disorders.