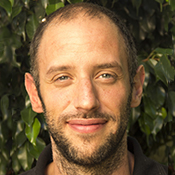 Ibogaine's anti-addictive properties have been the focus of intensive research. Recent work suggested that ibogaine´s anti-addictive effects could be related to the release of Glial Cell Line-Derived Neurotrophic Factor (GDNF) in a midbrain region known as Ventral Tegmental Area (VTA) [1]. GDNF is a protein that has been implicated in the attenuation of biochemical and behavioral changes observed upon exposure of rodents to drugs of abuse and thus represents a potential target for addiction. [2]
In this work, we studied ibogaine's ability to alter neurotrophic factors expression. With that aim we quantified the GDNF, BDNF (Brain Derived Neurotrophic Factor) and NGF (Nerve Growth Factor) mRNAs by qPCR in different areas of the brain of rodents (pre-Frontal Cortex, Nucleus Accumbens, VTA, hippocampus and Substantia Nigra) treated with ibogaine doses ranging from 20 to 40 mg/Kg. Preliminary results show a change in mRNA expression of these factors compared to the control groups. Especially striking was the increase of GDNF in VTA, NAcc and pre-frontal cortex. In addition, it was found that a treatment with ibogaine increased the GDNF release in cortical astrocytes (from rat primary culture) compared to the negative control.
Also, different ibogaine analogues were prepared to search for molecules with enhanced GDNF releasing properties. Inspired by the ibogaine's molecular skeleton and the state of the art, [3] we produced N-indolylethyl-isoquinuclidines using enantioselective synthetic strategies. We tested these compounds in vitro, with astrocytes, to assay their GDNF-releasing potential. Preliminary results show potential candidates as new anti-addictive substances.

Ignacio Carerra, Ph.D., works as an Assistant Professor in Organic Chemistry at the Universidad de la República, Uruguay. His research interest lies in the preparation of novel small molecules for the treatment of neuropsychiatric disorders and also the development of new biocatalytic methods for enantioselective organic synthesis. He obtained his PhD in organic chemistry in Universidad de la República and coursed his postdoctoral studies at Columbia University in the city of New York.