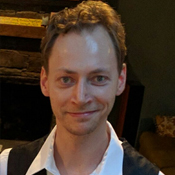 Salvia divinorum contains the most potent psychedelic medicine known, has been used ritually for thousands of years, and is legal in many states and countries. However, Western scientists have conducted little research into the therapeutic clinical potential of the plant. Salvia leaves contain over a dozen unique chemicals, including salvinorin-A. In animals, salvinorin-A seems to disrupt many of the effects of cocaine and the addiction cycle. These anti-addiction effects are likely due to salvinorin-A’s influence on kappa opioid receptors, and how the kappa system affects dopamine. Salvinorin-A alters dopamine levels in ancient parts of the brain responsible for motivation, reward, and the internal sense of our bodies. Salvia divinorum may also have anti-depressant effects in humans, and salvinorin-A and other kappa agonists are being probed for depressant and anti-depressant effects in animal models. The unique mechanism of action of Salvia has implications on our understanding of embodiment, consciousness, and psychedelic states. We have conducted initial pharmacology work examining the ways Salvia alters body perceptions and other behavioral effects, and we have conducted fieldwork exploring the indigenous worldview surrounding the plant.

Peter H. Addy, Ph.D., is an associate research scientist in medical informatics at the Yale University School of Medicine. He is a leading expert on Salvia divinorum and has investigated the plant and its uses for ten years. He previously worked with several pharmacology groups investigating the behavioral effects of salvinorin-A in healthy human subjects, as well as with the NGO Xka Pastora documenting indigenous use of the plant.