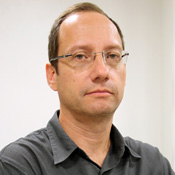 For more than four decades, restrictions on research with psychoactive drugs have slowed progress in understanding how such substances impact brain metabolism. Besides the historical restrictions, the impacts of drug exposure in the brain have been compromised by limitations of adequate research models. In the last few years, drastic progress has been made regarding the differentiation of human pluripotent stem cells into neural stem cells and cerebral organoids (also known as minibrains). These approaches recreate some steps of the cerebral cortex development, showing potential for human modeling studies. Here, I will present the effects of the β-carboline alkaloid harmine and 5-methoxy-N,N-dimethyltryptamine (5-MeO-DMT), components of the psychoactive plant tea known as Ayahuasca, in human neural cells. Harmine increased the pool of neural stem cells, with DYRK1A (dual specificity tyrosine-phosphorylation-regulated kinase) as a possible target, which suggests a proliferative activity possibly associated with antidepressant effects of Ayahuasca in patients with depressive disorder. Analyses of global protein expression in minibrains treated with 5-MeO-DMT by shotgun proteomics revealed proteins broadly distributed on functional activities such as cellular protrusion formation, microtubule dynamics and cytoskeletal reorganization, which are correlated to novel dendritic spine formation. These models offer an exciting new range of opportunities to investigate impacts of such substances on the central nervous system.

Stevens Rehen, Ph.D., is a stem cell biologist. He is a professor at the Institute of Biomedical Sciences at Federal University of Rio de Janeiro and Head of Research at D’Or Institute for Research and Education (IDOR) in Brazil. Stevens is an Affiliated Member of the Brazilian Academy of Sciences and the Academy of Sciences for the Developing World and the former President of the Brazilian Society for Neuroscience and Behavior.