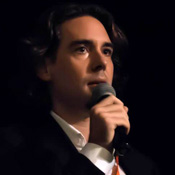 Legal prosecution of ayahuasca has increased dramatically over the last decade, as it has appeared on the radar of several drug control bodies, often categorized as a “New Psychoactive Substance.” Very little is known about how this relates to the expansion of ayahuasca use worldwide or about the extent of international coordination by governments or drug control bodies. Our experience in the past six years at the ICEERS Foundation, helping defendants worldwide on the front lines, has led us to develop an efficient strategy to address this global situation: To centralize the know-how and expertise of lawyers who have won cases, legal strategists, and experts in ayahuasca legality and policy reform into a project called the Ayahuasca Defense Fund (ADF). A detailed insight into the complex dimensions of these legal cases and an overview of legal developments worldwide provide a comprehensive perspective in this presentation, which includes a country-by-country overview of legal cases and legislation, a statistical balance of arrests and prosecutions worldwide, a reflection on the current political climate and legal inclinations around ayahuasca, common topics and defense strategies in legal cases, and reflections on the global situation and interrelation between countries in terms of policy and legal operations.

Benjamin De Loenen, M.A., studied audiovisual media and communication in The Netherlands, where he graduated with honors in his Masters with his documentary “Ibogaine-Rite of Passage” (2004), a film that would become a world reference about this subject matter until today. Benjamin worked as a film director and editor in the field of television, documentary, publicity and fiction from 2004-2010 while he traveled the world as public speaker about iboga and ayahuasca. He organized the International Ibogaine conference at the Catalan Health Ministry, gave courses about ibogaine for health professionals and government agencies such as the Portuguese Governmental institution SICAD and served the Board of Directors of the Global Ibogaine Therapist Alliance. Since the production of his film he has been very dedicated to the advancement of ibogaine and ayahuasca as therapeutic and personal development tools in contemporary society. He is the Founder and Executive Director of the International Center for Ethnobotanical Education, Research & Service.