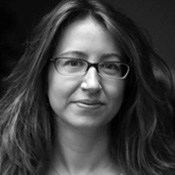 Traditional psychoactive plants can often be found at the intersection of diverse areas of life, including politics, medicine, shamanism, religion, aesthetics, knowledge transmission, socialization, and celebration. This paper focuses on the pathways for cultural recognition of the practices surrounding the use of traditional plant medicines worldwide. It aims to fill in a gap in the research on the political treatment of these cultural manifestations: the role of cultural recognition as a political process, including both bottom-up initiatives arising from the demand by certain social groups, and top-down initiatives undertaken by governmental agents. The process to achieve formal recognition implies profound challenges both at the micro and macro levels of politics. First, a general review of the political and social processes that have occurred relating to psychoactive plants and cultural heritage will be made, including the case of ayahuasca in Peru and Brazil and coca leaf in Colombia, Ecuador and Peru, as well as the proposals regarding peyote in Mexico. Next, the case of ayahuasca in Peru, the only country that has recognized these practices as national cultural heritage, and the ongoing process of recognition in Brazil, will be subject to an in-depth analysis. We will conclude by exposing some of the controversies and challenges related to cultural recognition. The ongoing transformation of ayahuasca from “dangerous drug” to cultural heritage is a good example of how cultural, historical, and traditional aspects can play a role in the regulation of psychoactive plants, just as public health, human rights and public order issues were incorporated at different stages in the evolution of drug control.

Constanza Sánchez Avilés, Ph.D., is a political scientist and holds a Ph.D. in International Relations and International Law. Her work focuses on political economy of illicit drugs, transnational organized crime and national and international drug policies, issues on which she has published several papers and book chapters. From 2007 to 2013 she worked at the Department of International Law and International Relations at Universitat Pompeu Fabra. She has been visiting scholar at the University of Miami (2010), the Justice in Mexico Project at the University of San Diego (2012) and Research Assistant at the Global Drug Policy Observatory at Swansea University (2013). She did fieldwork on drug policies in Peru, the United States, Mexico and the US-Mexican border and collaborates with several drug policy research institutions. She joined ICEERS in 2013 where she is the coordinator of the Law, Policy and Human Rights Dept. and coordinates the ADF (www.ayahuascadefense.com).