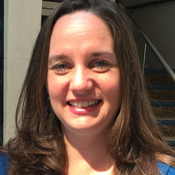 Psychedelics fell from medical grace nearly half a century ago, but recent activity suggests that some researchers have ‘high hopes’ for their return. Are we at risk, however, of facing the same historic challenges with a new generation of psychedelic enthusiasts, or have the circumstances changed sufficiently to allow for a new path forward? The twenty-first-century incarnation of psychedelic research resurrects some anticipated hypotheses, and explores some of the same applications that clinicians experimented with fifty years ago. On the surface then, the psychedelic renaissance might be dismissed for retreading familiar ground. A deeper look at the context that gave rise to these questions, though, suggests that while some of the questions are common, the culture of neuroscience and the business of drug regulation have changed sufficiently to warrant a retrial. Historically, LSD and its psychedelic cousins were not simply victims of unsophisticated science; drug regulators arguably squeezed them out of legitimate existence based on assumptions about their perceived dangers, side effects, and appetite for abuse. I examine the historical clinical uses of LSD in Canada, including the facility that led to the coining of the term ‘psychedelic’ and the infamous Hollywood Hospital, that offered psychedelic treatments for addictions, to explore some of the lessons that a close reading of LSD’s past has to offer.

Erika Dyck, Ph.D., is a Professor of History and a Canada Research Chair in Medical History at the University of Saskatchewan in Canada. Her research has concentrated on the history of madness, addiction, drug experimentation, eugenics, and psychiatric institutionalization in Canada over the 20th century. Her first book, Psychedelic Psychiatry: LSD from Clinic to Campus (Johns Hopkins, 2008, republished in 2011 by University of Manitoba Press) explored the history of LSD experimentation in western Canada, trials that introduced the word psychedelic and promoted LSD as a treatment for alcoholism. More recently she has been examining the history of peyote on the Canadian prairies, particularly in encounters between members of the Native American Church and local clinical scientists in the 1950s, including an edited book Culture’s Catalyst: Encounters with Peyote and the Native American Church in Canada (University of Manitoba Press, 2016). Her new work considers the role of history in the psychedelic renaissance.