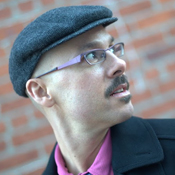 The modern renaissance in psychedelic research now spans two decades. Yet despite having more scientific theories about psychedelics than ever before, we still do not have a satisfying explanation of how psychedelics work. I will provide an overview and synthesis of current theories and will explain some of the barriers to a satisfying explanation. Along the way, I will show findings from my studies giving MDMA and other drugs to healthy volunteers and from ongoing collaborations with erowid.org seeking to understand the language of altered states.

Matthew Baggott, Ph.D., is a data scientist and neuroscientist who has worked to document the effects of psychedelics and novel pharmacological agents in humans for over 25 years. He was part of the first team in the US to receive a federal grant to give MDMA to humans. As part of that work, he helped develop protocols to safely administer psychedelics and other psychoactives to volunteers. He went on to assist MAPS in obtaining US Food and Drug Administration for the first trial of MDMA in patients. Later, as a graduate student, Baggott conducted the first study of MDA in humans in 25 years and conducted pilot studies with LSD and Salvinorin A.