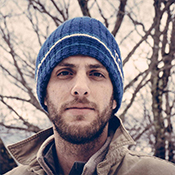 Kevin's research as a master’s student at The New School for Social Research involves a study of the role played by psychedelics in psychotic disorders such as schizophrenia, including potential therapeutic implications. Kevin has been conducting research for a literature review on the use of psychedelics for the treatment of psychotic disorders, drawing primarily from work done in the 1950s through the early 1980s. This research included an award-supported travel to the special psychoactive substances collection archived in the Purdue University libraries, specifically to view and gather material from psychologist Gary Fisher, who worked in the 1950s and 60s with childhood psychotic disorders (severe autism) involving treatment with LSD. Kevin's investigation also includes MDMA, and centers on discussion of the theoretical underpinnings of MDMA's use in the treatment of the negative symptoms of schizophrenia, drawing on anecdotal reports and proposing pathways to further research by modeling on the recent work on treatment of social anxiety in high functioning adults with autism.

Kevin Franciotti, graduated from Northeastern University in 2013 with a degree in neuroscience. As an undergraduate he completed an internship as a research assistant at Harvard Medical School working on the Phase 2 dose-response study investigating the therapeutic potential of MDMA-assisted psychotherapy for treatment of cancer related anxiety. Kevin was also one of the founders of the Northeastern chapter of Students for Sensible Drug Policy, and in 2009 the group hosted and co-sponsored the Boston Ibogaine Forum. He now lives in New York City where he is enrolled in a clinical psychology graduate program at The New School for Social Research and is pursuing a doctoral degree. Kevin has worked part-time for the Drug Policy Alliance, and also works as a writer covering topics related to psychedelic therapy, addiction, and mental health advocacy. His recent contributions include: New Scientist, Reason.com, Reset.me, Reality Sandwich, and VICE.com.