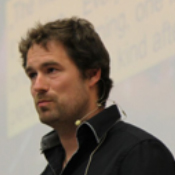 After pioneering psychedelic experiments performed in the Czech Republic between 1952 and 1974, research practically ceased for several decades because of the scheduling of psychedelics. Now, approximately 50 years later, it has been renewed and several preclinical investigations with serotonergic psychedelics were performed in our institution during the last decade. Furthermore, historically, the first clinical trial with psilocybin on healthy volunteers during this new research era was approved and is still ongoing in our country. The current study focuses on acute behavioural effects of psilocybin and on EEG/fMRI correlates of the psychedelic state and its possible persistent positive outcome. To-date, twenty volunteers with a balanced gender ratio (10M/10F) have entered the study. Each participant underwent four sessions divided into two blocks (2x EEG and 2x fMRI) with oral psilocybin (0.26 mg/kg) or a placebo in each block in a double blinded crossover design. The drug was safely administered to all of the participants and they all reported positive long-term effects on mood and well-being one month after receiving the active dose. One subject was a non-responder to the drug and had very low plasma levels of psilocin. In most of the subjects, psilocybin induced fully psychedelic effects as measured by psychometric scales, altered visual perception, perception of time, music, and had significant effects on brain activity as measured by EEG and fMRI. The presentation will summarize our results from behavioural paradigms focusing on various modalities of perception and on temporal dynamics and the complexity of EEG/fMRI evoked brain changes and their relation to neuropsychological correlates during the psychedelic experience induced by the psilocybin.

Tomas Palenicek, M.D., Ph.D., started to work at NIHM, Czech Republic (former Prague Psychiatric Center) in 2001 as a pre-clinical researcher of MDMA, LSD, mescaline, psilocin and 2C-B. Tomas was trained in psychiatry and clinical electrophysiology and started to participate in human trials with ketamine as a model psychosis and in the treatment of depression. In the past 4 years, Tomas was also a principle investigator of the first Czech human cannabis study intended to study cannabis' acute effects in healthy volunteers. Currently, Tomas is a principle investigator of the first ongoing clinical trial in the Czech Republic studying the neurobiology of psilocybin´s effect in human volunteers.