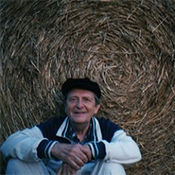 The objective of this archival research was to describe the pioneering psychedelic psychotherapy of Salvador Roquet, M.D. The key results are summarized below. The significance of the findings was that his therapeutic program was not only helpful to approximately 2,000 patients but impacted the larger community of practitioners who practiced psychedelically –facilitated psychotherapy. Roquet began using psychedelics as an adjunct to his psychodynamically-oriented psychotherapy in 1967, using small doses of LSD, ketamine, or psilocybin mushrooms during eight-hour group sessions at his Instituto de Psicosyntesis in Mexico City. I received an invitation to visit his Institute and accepted this offer in 1972. I was impressed by the way that Roquet orchestrated the group sessions so I informed my colleagues at the Maryland Psychiatric Research Institute. They invited him for a visit, following which he became their advisor, working with John Rhead, Stanislav Grof, Richard Yensen (his translator), and others. He spoke about his work at the 1975 convention of the Association for Humanistic Psychology and the following year was arrested and jailed by Mexican authorities. He was released the following year on the condition he abandon his use of psychedelics; instead, he used sensory bombardment techniques both in psychotherapy and in his workshops. However, he continued to use psychedelics outside of Mexico and was arrested in 1976 by U.S. authorities and again incarcerated. My friends and I were instrumental in his release, and he continued his practice of psychotherapy, often taking his patients to ingest psychedelics with indigenous practitioners in Mexico. I joined one of these groups in 1982, where I met the celebrated curandera Maria Sabina and assisted one of her students during an all-night ceremony with psilocybin mushrooms. Roquet passed in 1995 but his work with indigenous healers was one aspect of his distinguished legacy.

Stanley Krippner, Ph.D., is the Alan Watts Professor of Psychology at Saybrook University, Oakland, California. His dozens of articles on psychedelics and creativity range from a contribution to Masters and Houston's 1968 book PSYCHEDELIC ART to an article in a 2016 special issue of the JOURNAL OF HUMANISTIC PSYCHOLOGY on psychedelic studies. His exploration of the indigenous use of psychedelics includes interviews with the famed Mazatec shaman Maria Sabina to the ayahuasca rituals in the Amazonian rain forest. He has received lifetime contribution awards from the International Association for the Study of Dreams, the Society for Humanistic Psychology, the International Network on Personal Meaning, and the Parapsychological Association. Krippner is a Fellow of the American Psychological Association, the Society for Psychological Science, the Society for the Scientific Study of Religion, and the Society for the Scientific Study of Sexuality. He is a long-time advocate of the legalization of marijuana dating back to a chapter he wrote for a 1972 book on peace psychology. His own books include the award-winning PERSONAL MYTHOLOGY (which he co-authored) and the award-winning VARIETIES OF ANOMALOUS EXPERIENCE (which he co-edited). In 2002 he received the American Psychological Association Award for Distinguished Contributions to the International Advancement of Psychology, and in 2003 the Ashley Montague Peace Award. Krippner is a certified substance abuse counselor and the recipient of the YMCA Service to Youth Award.