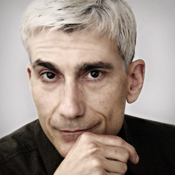 Psychedelics are re-emerging, as development after development in our field shows. Yet people speak of a psychedelic “renaissance." In the highest meaning of that term, it is yet to come. Looking ahead, what are some aspirations for a true renaissance? What setbacks could occur, what challenges may need to be met, and how could our advance awareness of them lead to better outcomes? Let’s cast light on some potential shadow areas of concern to us all.

Bob Jesse is convenor of the Council on Spiritual Practices (CSP). Through CSP, he was instrumental in forming the psilocybin research team at Johns Hopkins, he is a co-author of its first paper (2006), “Psilocybin can occasion mystical-type experiences having substantial and sustained personal meaning and spiritual significance,” and he is one of the team’s co-investigators. Bob serves on the board of Usona Institute. In 2005, he led the writing of an amicus brief for the U.S. Supreme Court in a key religious liberty case that was decided 8-0, favoring the U.S. branch of the Brazilian church, the União do Vegetal. Prior to CSP, Bob worked as a consultant in information technology for AT&T Bell Labs and others, then in several capacities for Oracle Corporation, lastly as a vice president of business development. His university training is in computer science and electrical engineering.