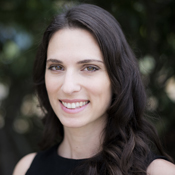 Background: Sex workers experience disproportionately elevated risks for suicide, including violence, stigma, and psychological distress. Some evidence suggests that psychedelic drug use may be protective with regard to suicidality, yet existent research is characterized by large gaps. This study aimed to longitudinally investigate whether ever having used a psychedelic drug can have a protective effect on incidence of suicidality (suicide ideation or attempts) among sex workers.

Interpretation: The high rate of suicidality among sex workers is of major concern. Alongside emerging evidence on the potential of psychedelic-assisted therapy to treat mental health and addiction issues, our findings demonstrate that non-medical psychedelic drug use is independently associated with reduced suicidality, while other illicit drug use and childhood trauma predispose sex workers to suicidality. While observational, this study supports calls for further research and innovative interventions to address suicide risk, including investigation of the therapeutic utility of psychedelics.

Elena Argento, Ph.D. Candidate,, is a researcher with the BC Centre for Excellence in HIV/AIDS and a Ph.D. student at the University of British Columbia. Elena is passionate about investigating the social epidemiology of health among sex workers and marginalized populations. Her Master of Public Health (MPH) project examined structural violence among sex workers in South India, and she has worked on multinational projects in Guyana and Brazil. Elena’s current research focuses on drug use, criminalization, and the potential therapeutic utility of psychedelic substances for improving mental health and addiction issues. Elena’s Ph.D. research is supported by a Canadian Institutes of Health Research (CIHR) Doctoral Award and a Killam Scholarship.