Over 80% of Americans now support medical cannabis, including our current President. Yet, there is a dearth of therapeutic cannabis research. The need for more medical cannabis research is perhaps the least controversial and most bipartisan aspect of cannabis reform, which is already one of America's rare bipartisan issues. And yet, federally sanctioned cannabis research is far more difficult to conduct than even MDMA research. At the end of the Obama administration, the DEA announced the end of the largest barrier to federal cannabis research, a requirement that all federal research use cannabis grown by the government at University of Mississippi. But, the DEA has yet to grant additional licenses, so in effect, the government monopoly on research grade cannabis remains. However, pressure is mounting for adequate cannabis research: not only are more states legalizing cannabis for medical and recreational use, but there is an increasing political focus on solutions and funding for the opioid epidemic robbing 90 lives a day, and research showing 25% reduction of opiate overdoses in states with medical cannabis. Pharmaceutical companies producing prescription opioids are funding opposition to cannabis reform and simultaneously funding drug development trials with cannabis-based drugs. Our panelists will touch on both the greatest challenges and most exciting opportunities in expanding cannabis research. Our panelists will also discuss opportunities in cannabis-legalizing Canada, and at the World Health Organization (WHO). 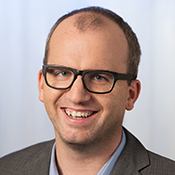 Michael Collins is deputy director at Drug Policy Alliance's Office of National Affairs, in Washington, D.C., where he works with Congress on a variety of drug policy issues including marijuana reform, sentencing reform, and drug war spending. He is originally from Scotland, and lived in France, Spain, and Mexico, before moving to the U.S. Michael has discussed drug policy issues in the New York Times, the Washington Post, and on CNN and the BBC. 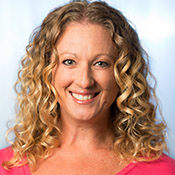 Amanda Reiman, Ph.D., is Manager of Marijuana Law and Policy at the Drug Policy Alliance, where she works to develop DPA’s marijuana reform work as it relates to litigation, legislative and initiative drafting, campaign strategy, policy advocacy, media relations, fundraising, and public education in the local, state, federal, and international jurisdictions in which DPA is active. Reiman joined DPA in 2012 after working with Berkeley Patients Group, a renowned medical marijuana dispensary, as director of research and patient services.

Reiman served as the first chairwoman of the Medical Cannabis Commission for the City of Berkeley, currently serves on the Cannabis Regulatory Commission for the city of Oakland, and has consulted with various cities, states, and nations on the development of medical marijuana policy. Reiman is currently a lecturer in the School of Social Welfare at the University of California, Berkeley, where she earned her Ph.D. in Social Welfare. 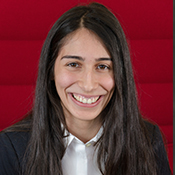 Nazlee Maghsoudi is the Knowledge Translation Manager at the International Centre for Science in Drug Policy where she plays a lead role in the production and dissemination of evidence-based drug policy research. She is Strategic Advisor at Canadian Students for Sensible Drug Policy (CSSDP), having formerly acted as Chair of the Board of Directors. Nazlee is also an Outreach Volunteer at TRIP! Project, a harm reduction program in Toronto that provides education and support to youth in nightlife and party settings. She has been deeply involved in the development of evidence-based drug policies at the grassroots, local, national, and international levels since 2013. Nazlee holds a Bachelor of Commerce from Queen's University and a Master of Global Affairs from the University of Toronto. 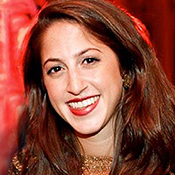 Natalie Lyla Ginsberg, M.A., earned her Master's in Social Work from Columbia University in 2014, and her Bachelor's in History from Yale University in 2011. At Columbia, Natalie served as a Policy Fellow at the Drug Policy Alliance, where she helped legalize medical marijuana in her home state of New York, and worked to end New York's racist marijuana arrests. Natalie has also worked as a court-mandated therapist for individuals arrested for prostitution and drug-related offenses, and as a middle school guidance counselor at an NYC public school. Natalie's clinical work with trauma survivors spurred her interest in psychedelic-assisted therapy, which she believes can ease a wide variety of both mental and physical ailments by addressing the root cause of individuals' difficulties, rather than their symptoms. Through her work at MAPS, Natalie advocates for research to provide evidence-based alternatives to both the war on drugs and the current mental health paradigm.