What does it take to create a world where harm reduction principles are used to reduce the risks associated with psychedelic use in recreational contexts? How does harm reduction create a container for transformation so often found in clinical or ceremonial contexts but largely lacking at music and arts festivals? An exploration of the psychedelic harm reduction movement, including philosophical framework, best practices, political and social implications. 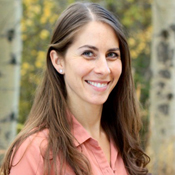 Sara Gael, M.A., MAPS Director of Harm Reduction, received her Master’s degree in Transpersonal Counseling Psychology at Naropa University. She began working with MAPS in 2012, coordinating psychedelic harm reduction services at festivals and events worldwide with the Zendo Project. Sara was an Intern Therapist for the recently completed MAPS Phase 2 clinical trial of MDMA-assisted psychotherapy for PTSD in Boulder, CO. She maintains a private practice as a psychotherapist specializing in trauma and non-ordinary states of consciousness. Sara believes that developing a comprehensive understanding of psychedelic medicines through research and education is essential for the health and well being of individuals, communities, and the planet. 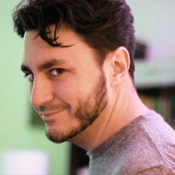 Richard Gottlieb, R.N., Founder of RGX Medical, has been a leader in providing compassionate medical and mental health services to the festival community for eight years. Richard has served as medical supervisor for the Burning Man Emergency Services Department since 2010 and is the Medical Lead for over 30 events a year including Lightning in a Bottle, Symbiosis Gathering, Envision Festival Costa Rica, Desert Hearts, and many more transformational events. His medical model is based on the principles of harm reduction with a focus on reducing unnecessary arrests and hospitalizations as well as closely collaborating with other harm reduction agencies such as The Zendo Project, DanceSafe, and The Drug Policy Alliance. 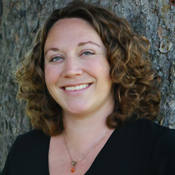 Katherine MacLean, Ph.D., is the Director of the Psychedelic Education and Continuing Care Program in New York and has worked as a research scientist on groundbreaking studies of meditation and psychedelics. Her research on psilocybin and personality change suggests that this class of medicines may play an important role in enhancing mental health, promoting emotional well-being, and creativity throughout the lifespan. She currently leads monthly psychedelic integration groups in New York City as well as teaches training workshops on psychedelic education and harm reduction. She can be reached at This email address is being protected from spambots. You need JavaScript enabled to view it..

Stefanie Jones is director of audience development at the Drug Policy Alliance (DPA), a national nonprofit advocacy organization whose mission is to change drug laws so that they reflect health rather than criminal justice principles. In 2014 she created DPA’s Music Fan program and its #SaferPartying campaign, which advocates for honest drug education, harm reduction services and drug policy alternatives at festivals, concerts and clubs. She also oversees the development of DPA’s youth drug education work, as well as assists in developing information and outreach on psychedelics and novel psychoactive substances (NPS). In her prior role within the organization as event manager, she produced four progressively larger editions of the biennial International Drug Policy Reform Conference, as well as numerous local policy conferences, fundraisers and coalition-building meetings. She is based in New York. 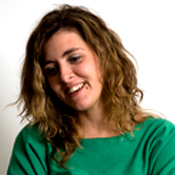 Maria Carmo Carvalho, KOSMICARE Manager, BOOM Festival, Portugal, is a Lecturer at the Faculty of Education and Psychology at the Catholic University of Portugal. She researches if the field of psychoactive substance use and has completed a MSc and a PhD at the University of Porto on the field of psychoactive substance use, youth and recreational environments. She is Vice-President of ICEERS and Kosmicare Boom Festival manager since 2012. 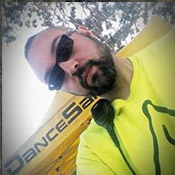 Mitchell Gomez is a graduate of New College of Florida (whose Alumni include the founders of Erowid, MAPS, and the Zendo Project), and has his Masters from CU Denver. Although his research interests are extremely diverse, he is particularly interested in program evaluation and policy analysis as it pertains to the nonprofit sector and the 'War on (some) drugs'. Mitchell has been a part of the electronic music community since the late 90’s, when he first started attending underground breaks shows while still in high-school, and from 1999 - 2005 he made a full time living as a promoter, fire entertainer and organizer within the EDM scene. He has volunteered with the Burning Man organization, SSDP, and other small harm reduction projects for many years, and is a passionate advocate for reality-based drug policy and harm reduction. Mitchell joined Dancesafe as their National Outreach Director in 2014 and was responsible for all volunteer coordination, the development, implementation, and evaluation of new training curriculum and outreach initiatives. In March of 2017 he was promoted to Executive Director.