Off-label psychiatric use of the dissociative anesthetic ketamine has burgeoned from its earlier transformative, psychedelic application to mainstream administration in multiple formats for the treatment of many illnesses, including depression, treatment-resistant depression, Bipolar II, PTSD, OCD, and others. New strategies such as Ketamine-Assisted Psychotherapy and transformational higher dosage treatment contrast with clinics (often run by anesthesiologists) administering the drug intravenously at low dosages. The strategy of minimizing psychedelic effects competes with strategies that utilize the psychedelic property of ketamine. This workshop will present current states of practice, research on ketamine’s mechanism of action, and the controversies and potential directions for its applications. 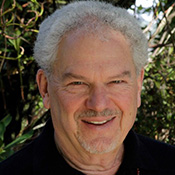 Phil Wolfson, M.D., is Principal Investigator for a Phase 2, FDA approved 18-person study of MDMA Assisted Psychotherapy for individuals with significant anxiety due to life threatening illnesses. His clinical practice with ketamine has informed his leadership role in the development of Ketamine Assisted Psychotherapy. Phil’s book The Ketamine Papers has been published by MAPS and is the seminal work in the burgeoning ketamine arena. Phil is a sixties activist, psychiatrist/psychotherapist, writer, practicing Buddhist and psychonaut who has lived in the Bay Area for 38 years. He is the author of Noe – A Father/Son Song of Love, Life, Illness and Death (2011, North Atlantic Books). In the 1980s, he participated in clinical research with MDMA (Ecstasy). He has been awarded five patents for unique herbal medicines. He is a journalist and author of numerous articles on politics, transformation, psychedelics, consciousness and spirit, and was a founding member of the Heffter Research Institute. Phil has taught in the graduate psychology programs at JFK University, CIIS and the UCSF School of Medicine Department of Psychiatry. 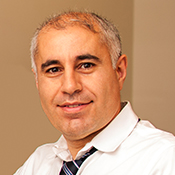 Chadi G. Abdallah, M.D., has expertise in translational clinical neuroscience, multimodal magnetic resonance neuroimaging, and the use of glutamatergic drugs in treating trauma- and stress-related psychiatric disorders. He employs broad range of neuroimaging modalities to study the neurobiology of psychiatric disorders and the mechanisms underlying the behavioral effect of glutamate-based agents. His research program focuses on understanding the mechanisms underlying trauma, depression, and prolonged stress, with emphasis on the glutamatergic system and neuroenergetics. He has particular interest in glial cells given their critical role in glutamate neurotransmission, synaptic plasticity, and neuroenergetics. 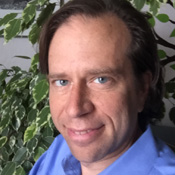 Richard Roston, M.D., is the Medical Director for Ketamine Therapy at Kaiser Permanente East Bay Medical Center. He graduated from University of California, San Francisco and did his residency program in psychiatry at the University of New Mexico. He developed the Ketamine Treatment program at Kaiser's Oakland Medical Center and started treating patients with Ketamine in early 2016. 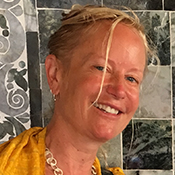 Alison McInnes, M.D. is the Regional Medical Director for Ketamine Therapy at Kaiser Permanente Northern California. She graduated from Columbia College of Physicians and Surgeons then did her residency in Psychiatry at UCSF. She was an Associate Professor at the Mount Sinai School of Medicine where she studied the genetics of bipolar disorder, autism and schizophrenia before accepting a position in the Department of Psychiatry at KP. She introduced ketamine therapy for depression to KP in 2014 and is in the process of expanding it across the northern California region. 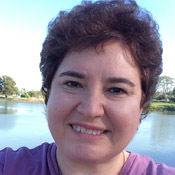 Raquel Bennett, Psy.D. is a friendly psychologist specializing in the use of ketamine. Dr. Bennett and her group are studying ketamine as a treatment for depression and a tool for self-exploration. She is the founder of KRIYA Institute, and she is the organizer of the KRIYA Ketamine Conferences.