If a person has a religious, spiritual, or mystical experience (RSME) that is occasioned by a psychedelic substance, is that experience as "genuine" as RSMEs that occur without psychedelics? Despite theoretical contributions from William James, W.T. Stace, and others, a formal empirical evaluation had not previously been attempted. The current study constitutes the first formal empirical comparison of RSMEs prompted by psychedelic substances to those that occur spontaneously or through other means. In this study, 739 self-selected participants reported the psychological impact of their RSMEs in an online study, and indicated whether or not they were induced by a psychedelic substance. Spearman correlations and independent sample chi square tests were used to compare the demographic characteristics of participants reporting a psychedelically induced RSME with participants reporting a non-psychedelically induced RSME. A series of ANCOVAs were then conducted to compare mysticism experience and RMSE impact across multiple domains, controlling for gender, socioeconomic status, education, and religion. Of the 739 participants, 347 indicated that their RMSE was psychedelically induced, and 392 indicated that the RMSE was non-psychedelically induced. Experiences induced by psychedelic substances were rated as more mystical (p < .001, d = .75), resulted in a reduced fear of death (p < .01, d = .21), increased sense of purpose (p < .05, d = .18), and increased spirituality (p < .001, d = .28) as compared to non-psychedelically triggered RSMEs. These results remained significant in an expanded model controlling for gender, education, socioeconomic status, and religious affiliation. These findings lend support to the growing scientific consensus that RSMEs occasioned by psychedelic substances are genuinely mystical and generally positive in outcome. The current results suggest that psychedelic experiences can equal or even surpass the intensity and spiritual aspects of those experiences derived via non-psychedelic means. 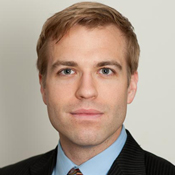 Alexander Belser, Ph.D. Candidate, M.Phil., is a Fellow and Adjunct Instructor in the Department of Applied Psychology at New York University (NYU). He co-founded the psychedelic research team at NYU in 2006. Alex is the lead investigator of a qualitative study at NYU exploring how patients with cancer experience psilocybin-assisted psychotherapy. Alex serves as a scientific collaborator for the NYU Psilocybin Alcohol Dependence Qualitative Study, a study investigating psilocybin treatment for alcohol addiction. He is also helping to conduct a qualitative study of religious leaders who are administered psilocybin. Alex graduated from Georgetown University, and pursued graduate studies at Cambridge University, NYU, and Columbia University. He is a member of the Research Advisory Board of Compass Pathways, a medical research foundation that supports innovation in mental health through translational research. Alex currently works at Mount Sinai Beth Israel Hospital, and lives in Brooklyn, New York.