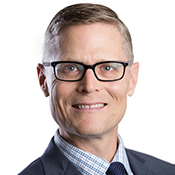 Philippe Lucas, M.A., is Vice President, Patient Research & Access at Tilray, a federally authorized medical cannabis production, research and distribution company based in Nanaimo, BC, and a Research Fellow with the Center for Addictions Research of British Columbia. His scientific research includes the therapeutic use of cannabis and psychedelics in the treatment of mental health conditions and addiction, and he has been invited to provide expert testimony before the Canadian House of Commons, the Canadian Senate, and the BC Supreme Court.

Philippe first became involved with medical cannabis as a patient, and founded the Vancouver Island Compassion Society in 1999 in order to serve the needs of patients who might benefit from the medical use of cannabis. He is extremely community involved, and served as a Victoria City Councillor and Regional Director from 2008-2011.

Over the years Philippe has received a number of accolades and awards for his work, including the Queen Elizabeth II Diamond Jubilee Medal (2013) for his work and research on medical cannabis, the University of Victoria Blue and Gold Award for academic excellence and community service (2007), and the Vancouver Island Civil Liberties Association Leadership Award (2002). 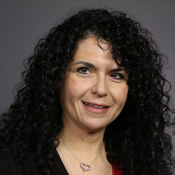 Suzanne Sisley, M.D., has maintained a full-time telemedicine practice since 2009, where she employs a full array of telecommunications technology to deliver high-quality medical care to populations across rural and underserved areas of Arizona. Sue is an Institutional Member of the American Telemedicine Association and serves on the ATA's Legislative and Policy Committee. Sue also serves as Clinical Faculty at St. Joseph's Hospital and Medical Center at the MercyCare Adult Medicine Clinic for indigent patients. Dr. Sisley completed her medical degree at the University of Arizona College of Medicine and her five-year residency at Good Samaritan Regional Medical Center in Internal Medicine and Psychiatry. Sue is also Founder and CEO of Ensuring Tomorrow Productions, a non-profit organization delivering health education through music, theater, and dance. Dr. Sisley has received many recent honors including the President's Point of Light Award and the Leo B. Hart Humanitarian Award from the University of Arizona. Dr. Sisley was also honored with the Arizona Medical Association's highest award, the President's Distinguished Service Award, as well as with the Hon Kachina Award, Arizona's most prestigious recognition for volunteerism. 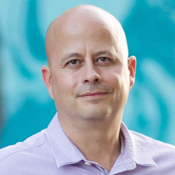 Zach Walsh, Ph.D., is a clinical psychologist and an Associate Professor of Psychology at the University of British Columbia, where he directs the Therapeutic Recreational and Problematic Substance Use lab. He has published and presented widely on topics related to cannabis, psychedelics, mental health and psychotherapy. He is the lead investigator for several ongoing studies of the therapeutic use of cannabis including a clinical trial of cannabis for PTSD. Zach was also a member of the clinical team for the Vancouver arm of the MAPS-funded study of MDMA-assisted psychotherapy for the treatment of Post Traumatic Stress Disorder. Zach’s clinical focus is on the application of “third wave” behavior therapies to address relationship conflict and problematic substance use.