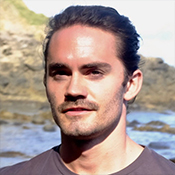 There has been a surge of interest in ketamine’s use for treatment-resistant depression and PTSD therapy. This clinical interest has been accompanied by an impressive array of biological and behavioral studies corroborating its antidepressant properties. The first part of this presentation will look at the use of oral ketamine in an outpatient clinical practice in Brisbane, Australia, where a retrospective chart review was conducted on a cohort of patients who had been treated for diagnosed psychiatric conditions. A preliminary survey of medical records found the number of hospital admissions and days spent as a hospital inpatient due to mental illness was markedly reduced following oral ketamine therapy. There were no significant negative impacts on health during that time. In the second part of the presentation, we’ll examine the latest research on ketamine’s role in psychiatric treatment. In practice, there are currently a variety of routes of administration for the drug, each with its own advantages and disadvantages. We’ll consider some of these methods and the implications for future treatment in the coming years.

John Hartberg, B.S., is a medical student at the University of Queensland in Brisbane, Australia, where he is conducting research at a psychiatric practice using oral ketamine for treatment-resistant depression and PTSD. He holds a B.S. in Neuroscience from the University of Minnesota. John previously served as study coordinator for the MAPS-sponsored MDMA therapy study in Marin County. Prior to that, he held an internship with MAPS and compiled data from ibogaine and MDMA studies. He has an interest in medicine in remote and underserved communities, having worked with underserved communities in the Peruvian Amazon, Cambodia, Standing Rock, and the South Pacific.