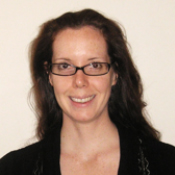 Introduction: Cluster headache is one of the most debilitating pain syndromes; it was termed “suicide headache” by patients over half a century ago. Cluster headache is distinct from migraine and other more common headaches, both in etiology and management. Many patients with cluster headache remain refractory to or are not optimized on conventional therapies. There is anecdotal evidence that indoleamine hallucinogens can abort cluster attacks, terminate cluster periods, and extend remission. Among this evidence is the Clusterbusters.org Medication Use Survey, which characterized the effects of both conventional and alternative medications used in cluster headache.

Methods: The survey was modeled after previously published surveys and was available online. Subjects were recruited from cluster headache websites and headache clinics. Most responses were chosen from a list, though others were free-texted. The final analysis included responses from 496 participants.

Results: Conventional abortive and preventative medications were identified and their efficacies agreed with those previously published. The indoleamine hallucinogens, psilocybin, lysergic acid diethylamide, and lysergic acid amide, were comparable to or more efficacious than most conventional medications. These agents were also perceived to shorten a cluster period and induce remission in those with chronic cluster headache more so than did conventional medications. Non-hallucinogenic doses were also reported to be efficacious. Furthermore, side effects were rarely reported for the hallucinogenic compounds.

Discussion: The findings from the Clusterbusters.org Medication Use Survey provide additional evidence for the safety and efficacy of several indoleamine hallucinogens in the treatment of cluster headache. The long-lasting effects mirror those described in other lines of hallucinogen research. Considering the mechanism by which this occurs raises questions about the etiology of cluster headache and the neuropharmacology of indoleamine hallucinogens. Ultimately, how this relationship translates to new pharmacologic and/or interventional therapies is of vital interest to patients and their supporters.

Emmanuelle A. D. Schindler, M.D., Ph.D., is an Advanced Research Fellow in Neurology at VA Connecticut Healthcare in West Haven, CT. She recently completed Neurology residency at Yale School of Medicine and is a board-certified Neurologist with a special interest in headache. Currently she is investigating the effects of psilocybin in the treatment of cluster headache. Previously she studied the neuropharmacology of hallucinogens at Drexel University College of Medicine, where she received her Ph.D. (2010) and M.D. (2012). She graduated summa cum laude from the College of William and Mary where she received a B.S. in Biological Psychology in 2003. Dr. Schindler has won several awards for academic excellence. She has a number of publications and was recently invited to write a chapter on headache for the textbook, Principles of Addiction Medicine.