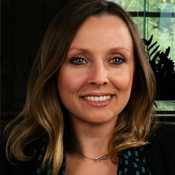 We observe that larger repertoire of connectome harmonics contribute to brain activity under LSD compared to placebo indicating a richness of spatial patterns with different frequencies under LSD. We also find that under LSD, energy and power of connectome harmonics as well as their fluctuations over time significantly increase for high frequencies and decrease for low frequencies. For the LSD condition, the energy increase was slightly less when subjects were listening to music compared to LSD without music for mid-range frequencies. A correlation between subjective ratings of simple hallucinations, complex imagery, ego dissolution, positive mood and emotional arousal; and power of connectome harmonics reveal that different experiences correlate with different sets of connectome harmonics revealing their frequency-specific signatures. Furthermore, we observe power law dependences of the contribution of connectome harmonics in both conditions for amplitude, frequency and power fluctuations, which are indicative of criticality — balance between order and disorder. We also observe significant changes in cross-frequency correlations. Following the music analogy, our findings indicate that under the effect of LSD, the brain is more similar to an improvising jazz musician, whereas normal resting state activity can be compared to playing a more structured, although potentially also quite complex melody.

Selen Atasoy, Ph.D., is a computational neuroscientist and a postdoctoral research fellow at the Center for Brain and Cognition, Universitat Pompeu Fabra, Barcelona. She obtained her Ph.D. in medical imaging jointly at the Technical Universtiy of Munich and Imperial College London. She then held a postdoctoral research position at the School of Psychology, University of New South Wales, Sydney, where she started her work in neuroscience exploring neural correlates of consciousness. Her current research focuses on exploring the brain dynamics in conscious, sleep and psychedelic states as well as in psychiatric disorders by analysing fMRI and MEG data within the mathematical framework of harmonic waves– a phenomenon ubiquitous in nature.