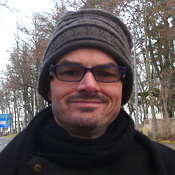 Known to produce out-of-body states and profound changes in sensory perception, mood and thought, DMT (N,N-dimethyltryptamine) is a potent short lasting tryptamine that has experienced growing appeal in the last decade, independent from ayahuasca, the Amazonian visionary brew in which it is an integral ingredient. Investigating user-reports available online and from other sources, this paper focuses on the “breakthrough” event commonly associated with the DMT trance. While different modalities of DMT use/experience—gnostic, therapeutic and recreational—inform the breakthrough event, I explore some of the commonalities: extraordinary transpersonal experience, perceived contact with “entities”, and the transmission of visual language. Significantly, for a global networked community whose participants venerate DMT among a variety of entheogens, the breakthrough event enables re/connection with the natural world from which humanity is imagined to have grown alienated—a sensibility often revealed or affirmed through personal exposure to the liminal effects of DMT and other tryptamines. Examination of this event offers insight on the liminal ontology of tryptamines—an entheoliminality given primary expression in reported travels in “hyperspace”, an ontological realm that appears to feature ritual-like modes of transmission. The paper concludes with an exploration of these modes in this transitional terrain.

Graham St. John, Ph.D., is an Australian cultural anthropologist specialising in event-cultures and entheogens. Among his eight books are Mystery School in Hyperspace: A Cultural History of DMT (North Atlantic Books/Evolver, 2015) and Global Tribe: Technology, Spirituality and Psytrance (Equinox, 2012). He is founding Executive Editor of Dancecult: Journal of Electronic Dance Music Culture, and he is currently Senior Researcher for Burning Progeny, a comparative ethnographic study of the Burning Man movement in Europe, based in the Social Sciences, University