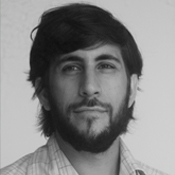 As psychedelic research and therapy evolves toward regulatory approvals, it is crucial to make these treatments available in as many countries as possible. In Brazil, cities like São Paulo and Rio de Janeiro, inhabited by more than 16 million people, are plagued by epidemic violence. As many as 90% of the population reports lifetime traumatic events related to gun robbery, being kidnapped or held captive, being beaten up, witnessing gang conflict, childhood domestic violence, sexual violence, atrocities, slaughter and other extreme violent events. Lifetime prevalence of any traumatic event in a sample of 3744 individuals was 86% in São Paulo and 89% in Rio de Janeiro, with 12-month prevalence being 22% and 35% respectively. In this sample, PTSD prevalence was 5 and 3% in São Paulo and Rio de Janeiro, respectively. It is therefore paramount to develop new treatments to this huge number of people, and the best available opportunity is MDMA-assisted psychotherapy. In partnership with MAPS, we started pursuing this path in late 2014, obtained governmental approval for a pilot study in mid 2015 and are now pursuing the legal requirements for the first-ever import process of a controlled psychedelic for research purposes in the history of Brazil. In this presentation we will share the difficulties and successes of starting this line of research outside the US-EU main axis and present a model of how to move forward to develop MDMA as legally available medicine in Brazil, which hope to succeed together with MAPS phase 3 trials until 2021.