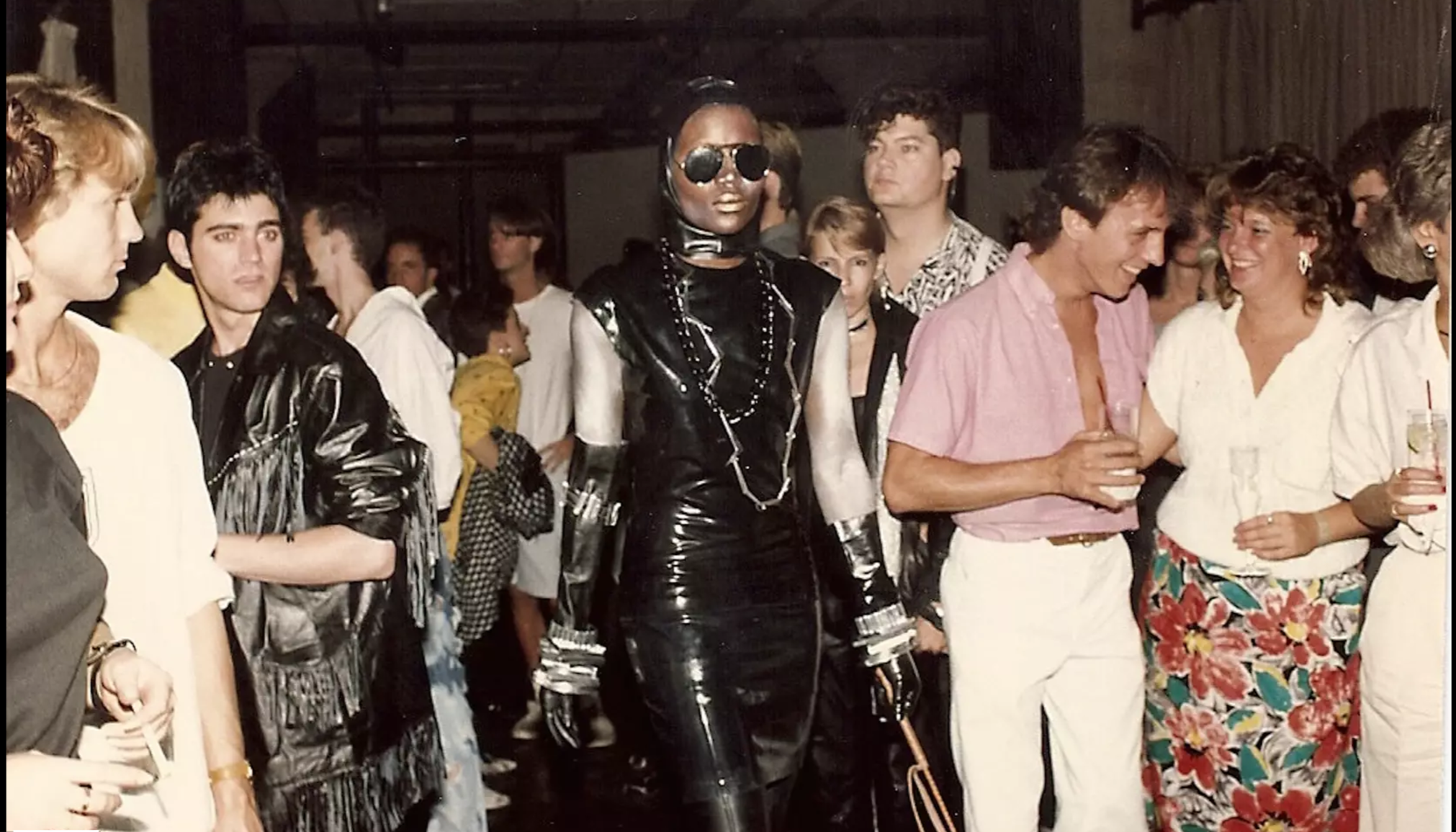 The epicenter for 1980s counterculture wasn't spawned in New York, Los Angeles, or even Manchester, England but in the most unlikely of places — Dallas, Texas. The infamous Starck Club, designed by the then-unknown designer Philippe Starck, was a Shangri-La for the rich, the famous, the uber hip: movie stars, rock stars, sports celebrities, Dallas debutantes, politicians – and anyone else who had the attitude and duds to convince the phalanx at the front door to let them pass. MDMA or “Ecstasy”, the then legal drug, was adding euphoric fuel to the fire. The club's policy of welcoming all including gays, straights, rich, poor, black, white and everything in between was attracting worldwide attention and local hostility. The only thing not allowed inside was prejudice, making the Starck the target for city leaders, the police, and Reagan's War on Drugs. On August 8, 1986, a DEA raid at the Starck lead to the emergence of a new progressive subculture, Rave, which would soon be known from Los Angeles to Detroit to London to Ibiza. Pure Ecstasy focuses on the club as a microcosm of the 1980s. Music, fashion, politics, culture, and designer drugs each played a role in the drama which made Starck Club the hegemonic nightspot of the 1980s. The Starck Club was founded by a group of young Texans who in 1982 flew in an unknown designer Philippe Starck to create what many have come to regard as a monumental cornerstone of international nightclubs and the possible birthplace of Rave Culture. The revered ‘investors list’ included rock star, Stevie Nicks who played opening night with Starck’s most loyal instigator, Grace Jones. Amidst the endless flow of notable Starck regulars…from Robert Plant to Rob Lowe…Prince to Princess Stephanie of Monaco – the line between exquisite and absurd was often blurry, but always beautiful. The award winning filmmakers utilize archival footage and interviews with over 125 celebrities, musicians, and Starck regulars including Philippe Starck, Blake Woodall, Seymour Stein, Owen Wilson, Edwige Belmore, Peter Hook, Susan Ottaviano and Ted Ottaviano/Book of Love, Chris Frantz, Paul Oakenfold, Tommie Sunshine, Frankie Bones, and the late Larry Hagman to share their memories and bring the 80s and the infamous Starck Club back to life. While New York had CBGB and Studio 54, Dallas had the Starck Club. The Starck Project is a multi-faceted endeavor including The Starck CLUB documentary, a narrative feature film, dramatic television series and a soundtrack which features iconic 80s songs by bands including Pet Shop Boys, Art of Noise, George Kranz, Section 25, Afrika Bambata, Dominatrix, The Ramones, Book of Love, Depeche Mode, Tom Tom Club and Yaz among others.