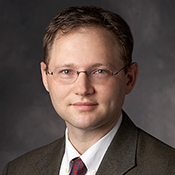 Both lay press and scientific media have taken notice of two jolting advances in psychiatric medicine: successful MDMA-assisted psychotherapy for patients with PTSD, and ketamine infusions for severely depressed patients. Therapeutic options for severe psychiatric disease have not substantially changed in decades, yet there is growing appreciation that psychiatric disease carries just as much morbidity and mortality risk as heart disease and cancer. Accumulating evidence demonstrates the inadequacy of standard therapy and compels us to reevaluate the long standing opposition to therapy with powerful psychoactive medicine. MDMA and ketamine are the most widely publicized examples of this new frontier in psychiatric medicine, and have the most compelling clinical evidence behind them. Together, they are also prototypes of an emerging class of therapies that may have more in common with stem-cell transplants than with Serotonin Selective Reuptake Inhibitors (SSRIs).

Focusing on MDMA-assisted psychotherapy, the most radical departure from standard therapy comes from its unique time course. Patients in preliminary clinical trials have experienced years-long remission of PTSD after a single dose of MDMA in the context of psychotherapy. MDMA's therapeutic onset can be measured in minutes and hours rather than the weeks and months typical of SSRIs. MDMA's rapid onset and lasting therapeutic effect suggest that it is a powerful catalyst for behavioral recovery by means of therapeutic synaptic plasticity; an acute change in behavior reflects plasticity at the level of neural circuits, neurons, and synapses. This well-defined time window dramatically simplifies the search for an underlying neural mechanism of its prosocial therapeutic effect.

Boris Heifets, M.D., Ph.D., has had a lifelong interest in how consciousness-altering drugs affect fundamental neural processes. He received his M.D. and Ph.D. in neuroscience from the Albert Einstein College of Medicine in New York, and came to Stanford University for residency training in anesthesiology. Since 2013, he has subspecialized in neuro-anesthesiology and joined the Stanford School of Medicine faculty. His laboratory research, under the guidance of Dr. Robert Malenka, an internationally recognized expert in the synaptic basis of learning, memory and addiction, focuses on the neural circuits underlying MDMA's pro-social effects in mice.