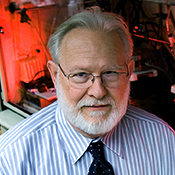 David Nichols, Ph.D, was born on December 23, 1944 in Covington, Kentucky. He received a B.S. in Chemistry from the University of Cincinnati in 1969 and a Ph.D. in Medicinal Chemistry from the University of Iowa in 1973. His doctoral work at Iowa was supported by an NDEA-IV fellowship. He then accepted a postdoctoral appointment in the Department of Pharmacology at the University of Iowa College of Medicine, after which he began his career at Purdue. Nichols taught and researched at Purdue University from 1974 until his retirement in 2012. He received the Heine Best Teacher award from the School of Pharmacy in 1981, in 2004 was named the Irwin H. Page Lecturer by the International Society for Serotonin Research, and in 2006 he was named the first Provost’s Outstanding Graduate Mentor at Purdue. He held joint professorial appointments in the Departments of Medicinal Chemistry and Pharmacognosy, and of Pharmacology and Toxicology. From 1994 until 1996 he was the Interim Head of both Departments, and oversaw their merger into the current Department of Medicinal Chemistry and Molecular Pharmacology. He also held a joint appointment in the Indiana University School of Medicine, and taught in the medical curriculum at Purdue. In 2012 he was honored as an Outstanding Alumnus by the University of Iowa College of Pharmacy. Prior to his retirement, he was the Robert C. and Charlotte P. Anderson Distinguished Chair in Pharmacology and also a Distinguished Professor of Medicinal Chemistry and Molecular Pharmacology at the Purdue College of Pharmacy. He is currently an Adjunct Professor in the Eshelman School of Pharmacy at the University of North Carolina Chapel Hill, NC, where he continues research. During his years of research, Nichols appeared as an author of more than 300 scientific publications. Believing that psychedelic drugs could have positive therapeutic results, Nichols initiated the founding of the Heffter Research Institute in 1993 to support high-quality basic and clinical psychedelic research. Nichols also is known for coining the term ‘entactogen’ to differentiate the effects of MDMA and related chemicals from the phenethylamine hallucinogens. In addition to developing novel psychoactive substances in his lab at Purdue, the Nichols’ lab also synthesized high-purity MDMA, DMT, psilocybin, and other substances for research programs at other institutions. It became apparent to him that even if researchers could obtain the necessary approvals for their studies, there was no source for the pure drugs they required for human studies. Therefore, he made the DMT for Rick Strassman’s groundbreaking DMT study, published in 1994. The MDMA from his laboratory was used for most of the preclinical and all of the clinical studies employing MDMA from about 1986 until 2016, including Phase 2 clinical studies for the use of MDMA for treating post-traumatic stress disorder (PTSD.) Psilocybin made in his laboratory was used for Roland Griffith’s study of the effects of psilocybin in normal subjects, published in 2006, as well as for the Phase 2 clinical study of psilocybin-assisted treatment of distress in patients with a life-threatening diagnosis, published in 2016. 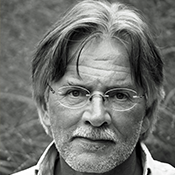 Prof. Franz X. Vollenweider, M.D., F.M.H. Psych, is Director of the Centre for Psychiatric Research in the Department of Psychiatry, Psychotherapy, and Psychosomatics (DPPP), and Professor of Psychiatry in the School of Medicine, University of Zurich. His current research focuses on the foundations of the sense of self, emotion regulation, and social interaction, relevant for human well being and for the further understanding of mental disorders related to these domains. In 1999, he founded the Heffter Research Centre Zürich at the DPPP and recently the Swiss Neuromatrix Foundation to support multidisciplinary studies into the mind-brain interface of pharmacological (e.g. psychedelic) and non-pharmacological (e.g. meditation) induced altered mental states. He has published over 150 peer-reviewed papers and book chapters on the neurobiology of psychostimulants, psychedelics, and entactogens in humans. His research has been continuously supported by the Swiss National Science Foundation, the Swiss Federal Health Office, the Heffter Research Institute, USA, and by multiple AWARDS from NARSAD and the Fetzer Institute, USA. He has received the Achievement Award of the Swiss Society of Psychiatry, the Heffter Research Institute Award, the Götz Prize of the University of Zurich, the British Association of Psychopharmacology Prize, and multiple Awards from the European College of Neuropsychopharmacology, among others.