Back to Clinical Track 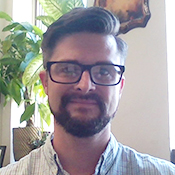 This presentations will discuss psychedelics as a behavior change agents. Recent research will be presented on psilocybin in the treatment of addiction, including tobacco/nicotine addiction, and psilocybin in the treatment of cancer-related psychiatric distress. At the surface it seems odd that psychedelics might provide high rates of persisting recovery for what are considered separate classes of psychiatric disorders, for example, mood disorders and addictions. However, emerging evidence on the biological mechanisms of psychedelics suggests the possibility that psychedelic-assisted treatment of these different disorders might rely on common mechanisms. Perhaps even more exciting is the possibility that psychedelic research may identify a common nature to these nominally distinct disorders. A vision will be presented for psychedelics as general behavior change agents, with broad applicability for treating not only addiction to a variety of substances, but for treating a variety of other psychiatric conditions, including mood disorders, eating disorders, trauma, sexual risk behavior, and other risk behaviors.

Matthew W. Johnson, Ph.D., is Associate Professor of Psychiatry at Johns Hopkins University School of Medicine. Dr. Johnson is an experimental psychologist and an expert on psychoactive drugs, and in the psychology of addiction and risk behavior. For 19 years he has conducted academic research in psychopharmacology and addictions, and for >12 years he has conducted human research with psychedelics. Outside of his research on psychedelics, Dr. Johnson conducts behavioral economic research on decision making, addiction, and sexual risk behavior. Dr. Johnson has conducted studies with nearly all classes of psychoactive drugs. He has studied psilocybin, dextromethorphan, salvinorin A, cocaine, methamphetamine, tobacco/nicotine, alcohol, GHB, cannabis, opioids, and cathinone-like compounds (“bath salts”). He has published 91 articles and chapters, with 32 focused primarily on psychedelics. Dr. Johnson was lead author on safety guidelines for human psychedelic research which were published in 2008, and which have facilitated the safe initiation of psychedelic research at an increasing number of universities. He is principal investigator of multiple psychedelic research studies at Johns Hopkins, and has been investigating psilocybin as a medication for tobacco smoking cessation since 2007. Dr. Johnson initiated the Johns Hopkins psilocybin cancer protocol with Dr. Roland Griffiths in 2005, and has recently co-authored results from this trial, showing psilocybin to cause large and sustained reductions in cancer-related symptoms of anxiety and depression. Dr. Johnson has served as a session guide for over 100 psychedelic sessions.