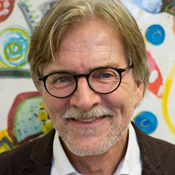 New advances in our understanding of the neurobiology of psychedelics such as lysergic acid diethylamide (LSD), psilocybin and ketamine have led to renewed interest in the clinical potential of psychedelics in the treatment of various psychiatric disorders (Vollenweider and Kometer 2010). Specifically, recent behavioural and neuroimaging data show that psychedelics interact with neurotransmitter systems and modulate neural circuits that have been implicated in mood and affective disorders. In this lecture I will review recent findings showing that psychedelics such as psilocybin and LSD enhance empathy, reduce the neural response to negative emotional stimuli and ameliorate social pain in key brain regions responsible for emotion processing and social interactions. Moreover, I will discuss recent findings indicating that the serotonin 5HT2A receptor and downstream effects upon the glutamate system appear to be critical for the lasting positive effects of serotonergic psychedelics on emotional and socio-cognitive functioning. Notably, the increasing understanding of the molecular mechanism of action of psychedelics offers a promising avenue to identify novel targets for the treatment of affective disorders.

Prof. Franz X. Vollenweider, M.D., F.M.H. Psych., is Director of the Centre for Psychiatric Research in the Department of Psychiatry, Psychotherapy, and Psychosomatics (DPPP), and Professor of Psychiatry in the School of Medicine, University of Zurich. His current research focuses on the foundations of the sense of self, emotion regulation, and social interaction, relevant for human well being and for the further understanding of mental disorders related to these domains. In 1999, he founded the Heffter Research Centre Zürich at the DPPP and recently the Swiss Neuromatrix Foundation to support multidisciplinary studies into the mind-brain interface of pharmacological (e.g. psychedelic) and non-pharmacological (e.g. meditation) induced altered mental states. He has published over 150 peer-reviewed papers and book chapters on the neurobiology of psychostimulants, psychedelics, and entactogens in humans. His research has been continuously supported by the Swiss National Science Foundation, the Swiss Federal Health Office, the Heffter Research Institute, USA, and by multiple AWARDS from NARSAD and the Fetzer Institute, USA. He has received the Achievement Award of the Swiss Society of Psychiatry, the Heffter Research Institute Award, the Götz Prize of the University of Zurich, the British Association of Psychopharmacology Prize, and multiple Awards from the European College of Neuropsychopharmacology, among others.