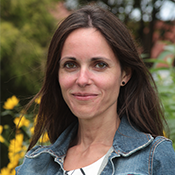 Ecstasy (MDMA) is a psychoactive substance with unique properties as it acutely induces facilitation of social behaviour i.e. increased feeling of closeness to others, empathy, and euphoria. The neurobiological mechanism underlying these acute effects of MDMA on social behaviour is to date not known. In two placebo-controlled studies we investigated the roles of 2 serotonin receptors and oxytocin in these effects. It was concluded that MDMA enhances emotional empathy but these effects are not mediated by these 2 serotonin receptors or oxytocin. Limitations and directions of future research will be discussed.