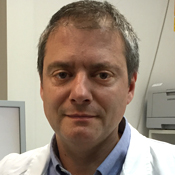 The old paradigm of an immutable brain has been abandoned following evidence that the human central nervous system undergoes functional and structural changes throughout adult life. Studies in animals have shown, in at least two brain regions, new neurons are constantly being born and integrated into neural circuits in a process known as neurogenesis. Psychedelics and ayahuasca in particular, are powerful substances with demonstrated capacity to change pathological patterns of thought and behaviour, such as those observed in depression and addiction. These beneficial effects suggest that ayahuasca has the ability to modulate brain function beyond the time-frame of acute effects. Here I present my group’s most recent findings on the therapeutic potential of ayahuasca. Data from neuroimaging studies in humans and from cellular biology studies in animals bridge the gap between the acute psychedelic experience and the long-term improvements observed in patients. In humans, neurometabolic and functional connectivity data obtained from ayahuasca users indicate that brain dynamics are modified in the post-acute stage following ayahuasca intake. Changes in brain metabolites and connectivity correlate with increases in mindfulness capacities, a series of facets known to have a positive influence on the outcome of psychotherapeutic interventions. In animals, studies in neural progenitor cells indicate that the alkaloids present in ayahuasca facilitate the formation of new neurons. They induce precursor cells from the hippocampus to proliferate, migrate, and differentiate into mature neurons. The hippocampus is a brain structure that plays a key role in cognitive processes including learning and memory. In humans, its function declines with the normal aging process, and more dramatically so in Alzheimer’s disease and other devastating neurodegenerative disorders. The present findings indicate that ayahuasca acts at multiple levels of neural complexity and time scales, all potentially contributing to the therapeutic effects observed in patients. The neurogenic effects of ayahuasca alkaloids opens a new avenue of research with potential applications ranging from psychiatric disorders to brain damage and dementia.

Jordi Riba holds a Ph.D. in Pharmacology. He leads the Human Neuropsychopharmacology Research Group at Sant Pau Hospital in Barcelona. He has a broad interest in psychoactive drugs with publications on psychedelics, psychostimulants, cannabinoids, and kappa receptor agonists. He has been studying ayahuasca for over fifteen years and has published nearly forty journal articles and book chapters on the subject. He has also supervised two doctorate theses on the acute and long-term effects of ayahuasca in humans, and collaborated in the first clinical studies involving ayahuasca administration to patients with depression. His current research deals with the post-acute psychedelic “after-glow” and the use of ayahuasca in the treatment of various psychiatric conditions. He is also investigating the neuroprotective and neurogenic potential of ayahuasca alkaloids. Initial data obtained from studies in animals have revealed that several active principles present in the tea protect brain cells from hypoxia and stimulate the birth of new neurons in adult mice. These stunning results open a whole new avenue of research for ayahuasca. Potential applications of its active principles range from depression, to neurodegenerative disorders, to neural deficits associated with hypoxia and trauma.

Continuing Medical Education (CME) is available for physicians. This activity has been planned and implemented in accordance with the accreditation requirements and policies of the Institute for Medical Quality/California Medical Association (IMQ/CMA) through the joint providership of CME Consultants and the Multidisciplinary Association for Psychedelic Studies (MAPS). CME Consultants is accredited by the IMQ/CMA to provide continuing medical education for physicians.

This activity is geared towards Psychiatrists and Primary Care Physicians.

DESIRED OUTCOMES: 1) Counsel patients who use ayahuasca in religious and therapeutic settings with increased cultural competency and sensitivity 2) Advise patients on the long-term effects and consequences of ayahuasca use based on published evidence-based literature 3) Advise patients on the acute neurological effects and potential therapeutic applications of ayahuasca based on current and ongoing empirical research