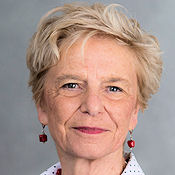 ±3,4-methylenedioxymethamphetamine (MDMA, “ecstasy”) is a widely used stimulant-psychedelic drug with unique prosocial effects. It enhances feelings of social closeness and may dampen reactivity to negative social stimuli, such as social threat and rejection. Perhaps because of these effects, MDMA has shown promise as a treatment for post-traumatic stress disorder and anxiety disorders. However, we have limited understanding of either the psychological processes or the neural mechanisms underlying the drug’s apparently unique effects, or how MDMA differs from prototypic stimulant drugs. In this presentation we will review recent findings on the psychosocial effects of MDMA, and when possible compare these to other stimulants. The measures range from simple subjective ratings of mood and sociability to more complex elements of social processing and behavior. Findings from rigorous controlled studies advance our understanding of the psychosocial effects of MDMA that contribute to its widespread recreational use as well as its potential therapeutic use.

Harriet de Wit, Ph.D., is a Professor in the Department of Psychiatry and Behavioral Neuroscience at the University of Chicago. She has studied the behavioral, cognitive and subjective effects of alcohol and psychoactive drugs in human volunteers for over 30 years. Her laboratory-based studies investigate the effects of single doses of drugs, including both legal substances such as nicotine and caffeine, as well as illegal drugs such as MDMA. The goal of these NIDA-funded studies is to identify biological, psychological and contextual variables that influence effects of drugs on mood and behavior. Dr. de Wit is integrally involved in training and mentorship in addictions research, she regularly serves on scientific advisory committees and she serves in editorial roles on several scientific journals.