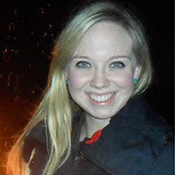 This presentation offers a preliminary description of MDMA’s mechanisms of action from a cognitive behavioral perspective. Specifically, this presentation will investigate the purported mechanisms of action of MDMA-assisted Cognitive Behavioral Conjoint Therapy for Posttraumatic Stress Disorder (CBCT for PTSD). This is the first time a stand-alone, evidence-based psychotherapy for PTSD is being combined with MDMA, as well as the first time an FDA-approved research study is being conducted with couples both being given MDMA, despite anecdotal evidence from clinical use prior to scheduling. Examples from recent cases of the FDA-approved pilot study of MDMA-assisted CBCT for PTSD will be used. This discussion offers a first foray into describing these mechanisms from an evidence-based CBT theoretical model, and offers hope for the potential additive effect of harnessing MDMA’s effects to augment CBCT for PTSD.

Anne C. Wagner, Ph.D., C.Psych., received her doctoral degree in Clinical Psychology at Ryerson University in Toronto, Canada, and currently holds a Canadian Institutes of Health Research Postdoctoral Fellowship at Ryerson. She has been the recipient of multiple awards for her scholarly activity and community involvement. Anne’s current work focuses on the treatment and prevention of posttraumatic stress disorder, with a particular interest in novel combination interventions such as Cognitive Behavioral Conjoint Therapy + MDMA. Anne has done significant work with communities affected by HIV, and is particularly interested in the needs of women and interpersonal relationships.